The striking portraits of Aistė Stancikaitė invite us to conceive an interesting paradox. The skillful technique deployed to create them operates so perfectly, the warmth they entail is so vivid, that it is hard not to wonder where we have seen each other before. The presence of these characters is so palpable, we feel so intimate, that we may get the impression we know who’s there, placid, candidly posing on the other side. There is something familiar about these figures, it is as if they were portraits of real people, famous or not, maybe someone you bumped into on the street or someone you’ve seen once but can’t remember where, in which context.

Nonetheless, although meticulously conceived, as if they were a portrait of an individual posing to the artist, most of these are actually, as Aistė explains, “formed using a blend of features from different faces and bodies to create new, fictional personas.” Hence the paradox.

The stunning color is far from arbitrary, as well. It is used not only to achieve plastic and sensorial beauty and aesthetical power. It renders these figures with different potentialities: “The red-hued figures,” are, once again according to Aistė, “alien characters, rather than everyday humans you’d meet on the street—slightly too perfect, almost artificial. The carefully chosen styling and color creates a new world. My characters have complete freedom of expression, and the viewer may question whether they are seeing something that truly exists or works of fiction.”

Although these characters may not exist, Aistė Stancikaitė gathers elements she encounters everywhere to create a different stylized universe inhabited by figures that, after all, end up inviting us to question, to appreciate beauty, and appreciate the other. There’s nothing else we ought to expect from a portrait. 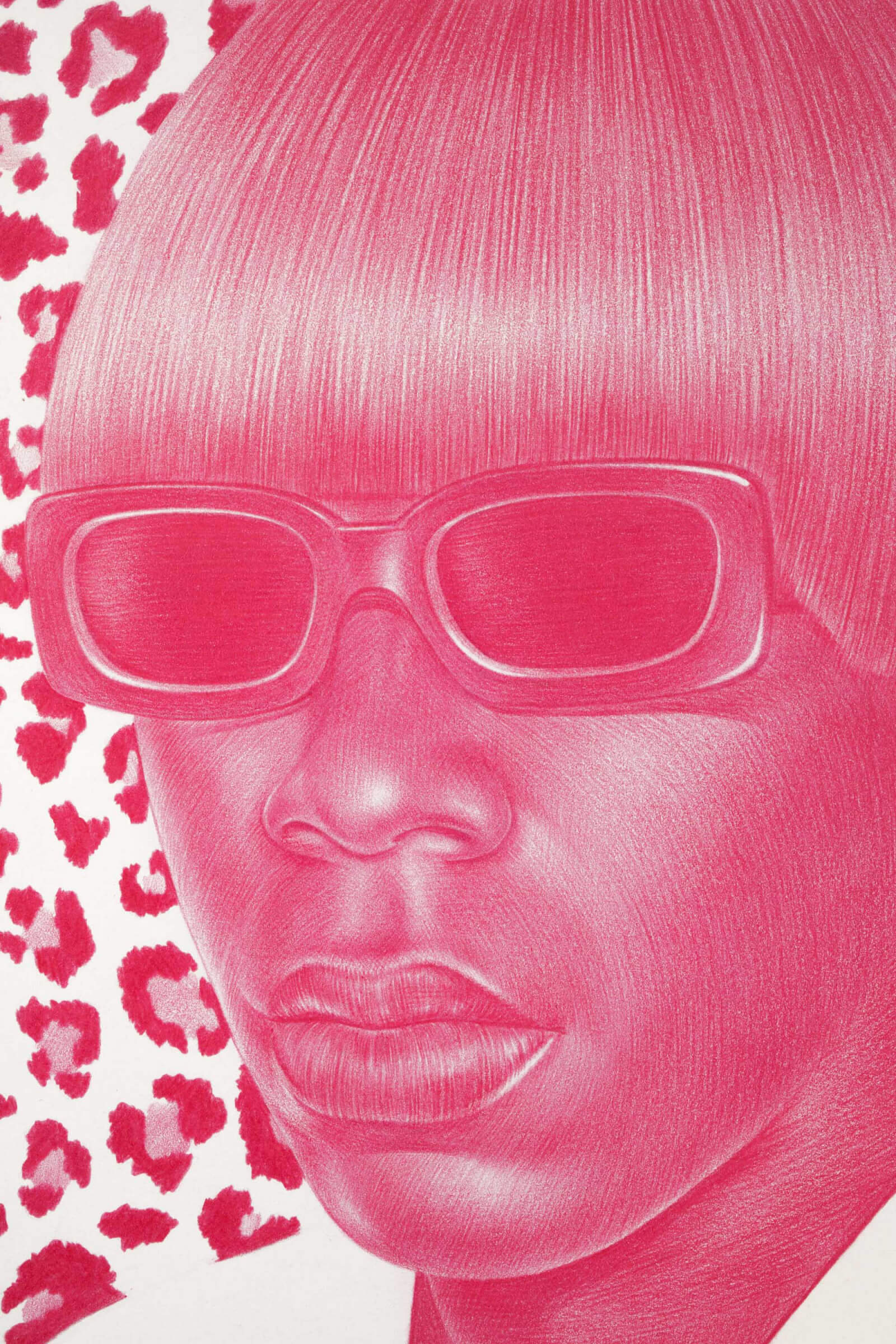 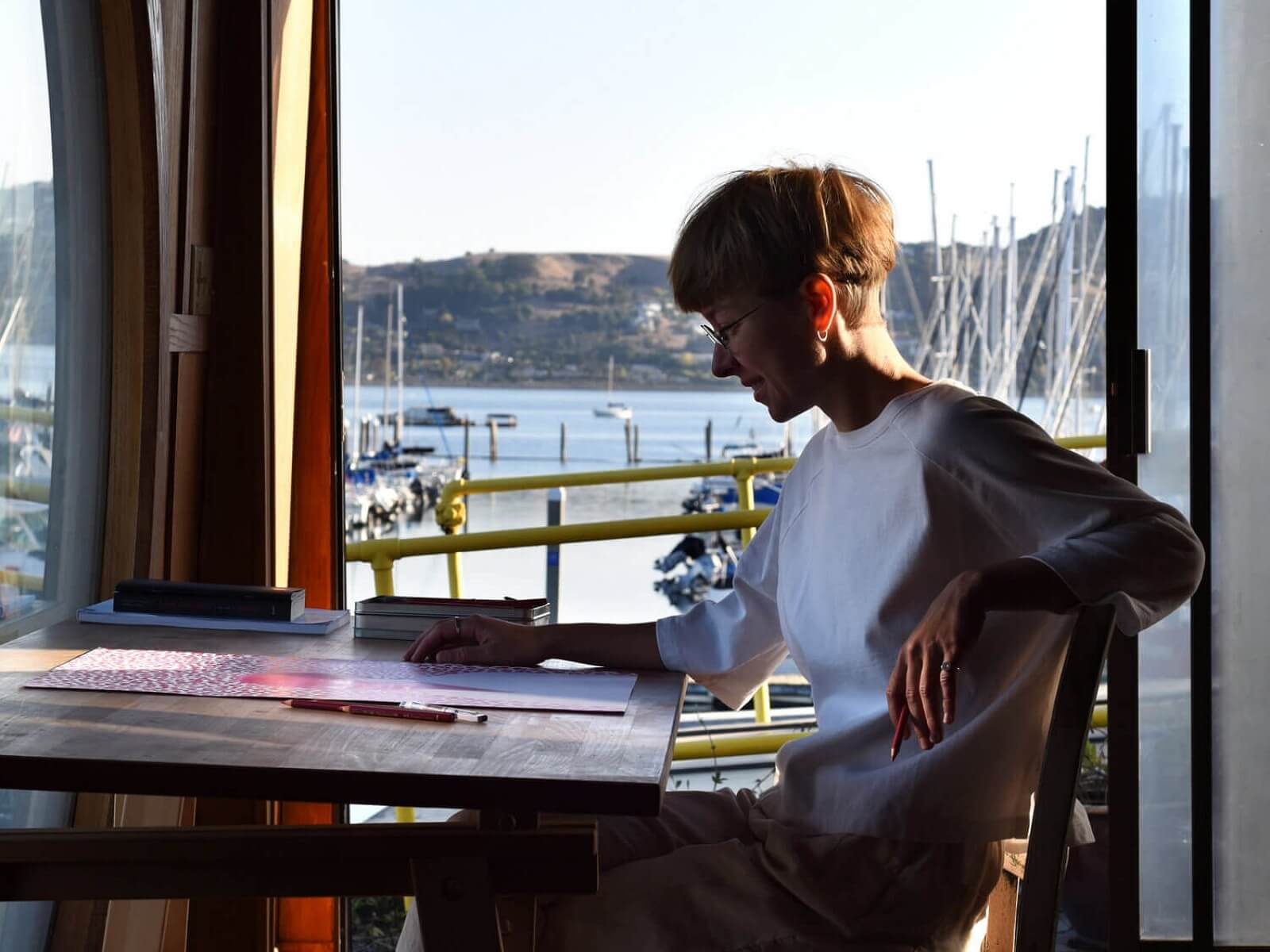 Aistė Stancikaitė works mainly in monochromatic drawing, where she challenges perceptions of reality by the sheer perfectionism of her approach. A significant part of her work deals with the human figure, the portrayed characters’ anatomy and personality, appearing as both familiar acquaintances and fictional strangers. Through the effort to capture sensible details she demonstrates not only her technical skills but also her generosity towards the other.

Stancikaitė has been participating in exhibitions and residencies around the world since 2014 and has received at least five different meritorious awards. Born in 1988 in Lithuania, Aistė Stancikaitė currently lives and works in Berlin.