The work of the Romanian artist Ecaterina Vrana (born 1969 in Constanta, Romania) is based on „la petite histoire” of her own existence. At the same time, it appears like a library of the past, in which individual fragmentary, kaleidoscopic details can be found out of memory. This revitalization takes place in the context of a subjective spontaneity, without an intentional dramaturgy. Ecaterina’s large-format paintings are the subject of subtle observations; claiming a reinterpretation of a past marked by illness they become a plea for the joy of life. Inspiration comes out of your own life instead out of theory.

As Ecaterina herself says: “I’m the one who goes through snow, through air, through grass, through the clouds … strong and in the end I stand there as a winner. The tears from my paintings are tears of joy and I wish that the people who see them will enjoy the beauty of life. Every single painting of mine is a beginning without an end“. Thus, the figures of Ecaterina cry tears in an infinite circle of life, the sadness of yesterday, the joy of tomorrow. The self portraits show her as a girl, creatures with blond hair, in a gloomy landscape, longing for scribblings on the dress, as in ‘I’m missing my sixteens! ‘ (2017), or, as in two more recent paintings, either lying on an uncomfortable bed in a bridal gown that she never personally wore, or brave in a tête-à-tête with the viewer, with large, strongly contoured eyes and a heart-shaped mouth. The self portraits are images of an eternal youth, with no sign of an aging body’. The figure does nothing, instead it appears like its own shadow.

The actors of this picturesque world are inflexible and silent, emerging as if conjured by a sort of magic from the mass of color. Not rarely they also appear in a twin tandem, woman and man, a dualism of love and hate, present and past. Although most of the images are autobiographical, from time to time a sociocultural context emerges, as in Ayşe (2017), through which the artist wanted to show “an impossible love between a Jewish man and a Muslim woman.“ The general, such as the almost omnipresent symbol of the chicken in Ecaterina’s works, is negotiated privately, as an element of individual mythology – the chicken as an obsessive, representative motif of a happy childhood. The cute animals from the Garden of Eden from childhood are their companions, comrades, arising from their memory. The rigid characters of Ecaterina Vrana are always the protagonists of an almost empty scene, which, as in the Chinese view, becomes the site of true destiny. The anatomy of the figures does not always seem to be complete – instead of feet, there are dainty flowers growing, instead of arms sprinklers.

Ecaterina manages to create paintings with an emotional aura. That’s what makes her work so strong. She creates processed images of a place from the depth of her self, which calls upon her again and again to pay attention to these pictures … As Joachim Ringelnatz wrote: Past, gone without woe Though never forgotten. I rove. Long lasting things are slow And mauve. 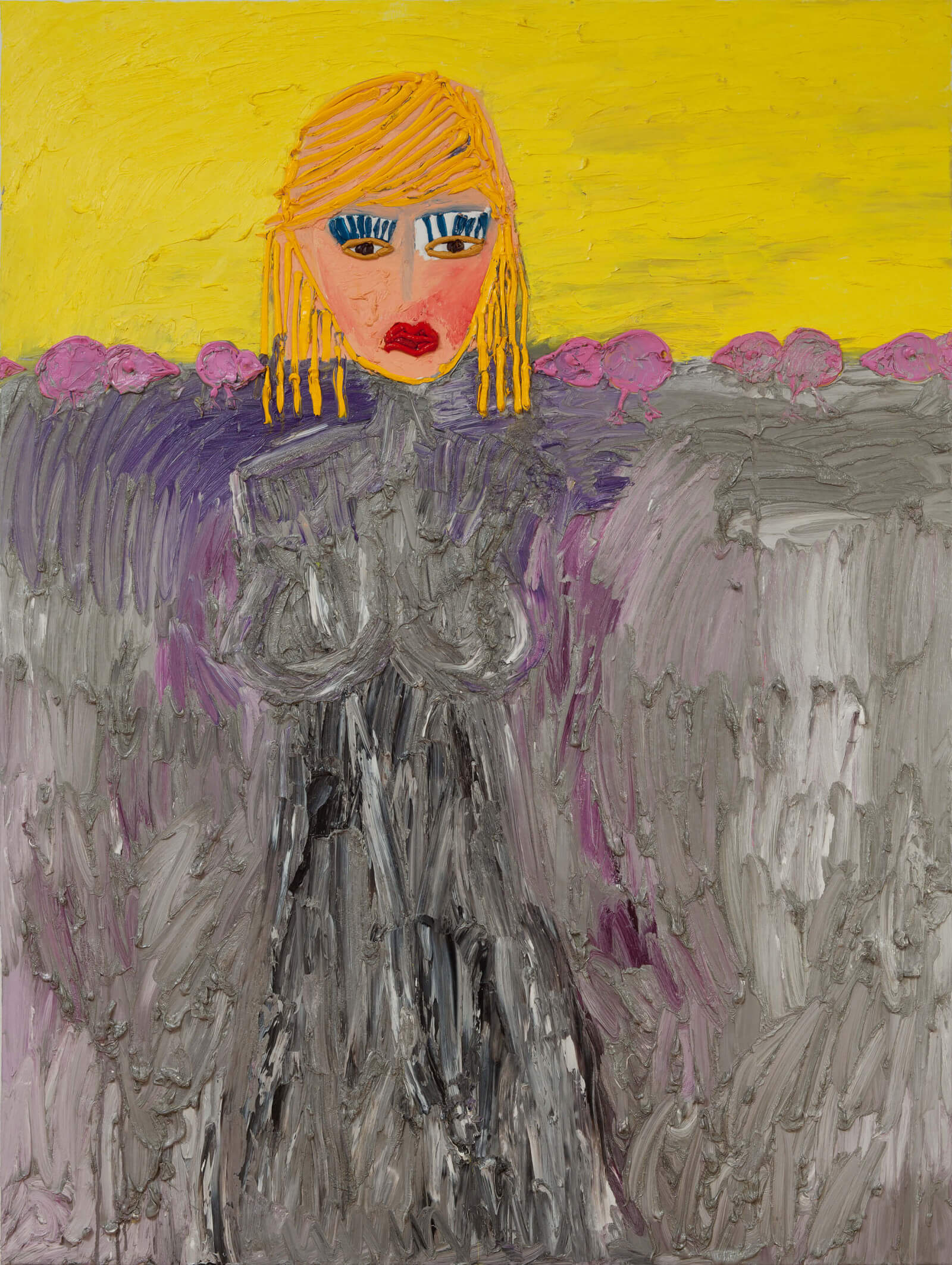 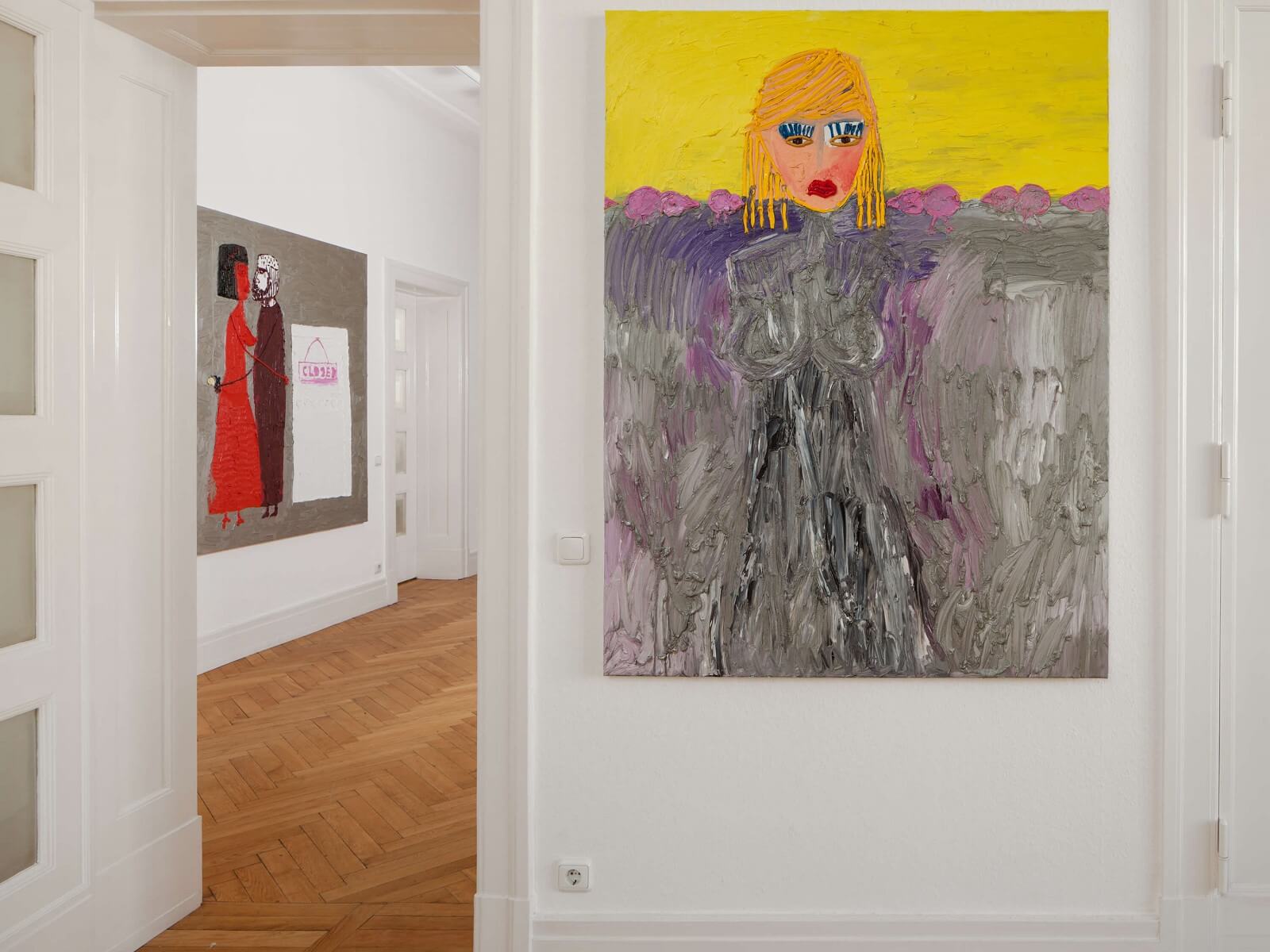 Ecaterina Vrana was a Romanian artist who worked mainly with painting. She was born in Constanta in 1969 and used to live and work in Bucharest. Her thick-layered paintings dealt with a very personal universe, virtually a “petite histoire” of the artist’s own existence. Her motifs often appear repeated and reworked in several different paintings, almost like in a dream-like repertoire. Vrana’s works owes a lot to a magical and picturesque personal folklore, but the final result is, despite its subjectivity and kaleidoscopic effect, relatable to all: the narrative potency of her works invites us straight away into her settings.