Flurin Bisig
The Anarchy of Silence

Assuming a given perspective, one can find authorities everywhere, all the time. It can manifest itself through the model of society one inhabits, the religion one observes, the economic system that regulates our exchanges—we are always pledging allegiance to some entity, real or abstract. Because of their intermittent contact with tradition, manifest through the material in front of them, the names in the museums and galleries, artists are among the most sensitive to the ambiguous weight of authority. The way for artists to deal with this is twofold: One can face it critically or succumb to it. Flurin Bisig selected the first option.

The clue to better understand Bisig’s posture is provided by the very title of this exhibition, the first solo one the artist organizes with the GNYP Gallery: Die Anarchie der Stille, or the anarchy of silence, a title borrowed from a book of aphorisms by Hans Saner (1934 – 2017) in which the Swiss philosopher—through the inspection of various themes, ranging from love to filmmaking, religion to philosophy—inquires about the notion of authority. Questioning it, then, is the motto Bisig appropriates from these ideas. Hence directing them to his production.

In his poetics, the primary vehicle to express this negotiation is the use of the human body, something he claims he developed during his formation period in Brazil, where he found its “importance and power,” for the body “provides continuity as a beholder of so much ancient and new information.” By working, for instance, with timeless sculptures as collages—and what’s more, as photography first, the primary medium of the collage itself—Bisig inserts them into an ongoing stream of artistic genres, technics, and developments. This mélange of mediums and time-references problematizes the aura we cast over these sculptures (forged at the time with ritualistic goals in mind) and decrees them contemporary: secular, analytic, sensual. In other words, Bisig questions their given authorities and primordial objectives, pushing them into the contemporary influx.

That’s also the primary trend behind his marble sculptures on wooden stands. These abstract but cohesive pieces flirt with the body, being up to us, the viewers, to find the possible connections. After all, the visual patterns of beauty, gender, and health, aren’t they also forms of authority? Shouldn’t those also be questioned? And what better medium to open that debate than the classical marble, used to promote ideal bodies in the past? Now, it’s a vehicle to the realm of abstractionism, still a form of freedom.

Interested by a broader cultural history, Flurin Bisig renders the body with multiple meanings, forms, and connotations, always open to debate, something that grants him the ability to interrogate whatever he finds in his way, since he understands that all is fluid, despite what the rigidity of the material, or the ideas, suggests. His questioning of the many authorities that influence our daily lives, though, is not one loaded with merciless connotations. Instead, it is open to the places that an investigative interpretation of the body can take us. One aware that the body also conjugates sensual undertones—the seed of all anarchy. 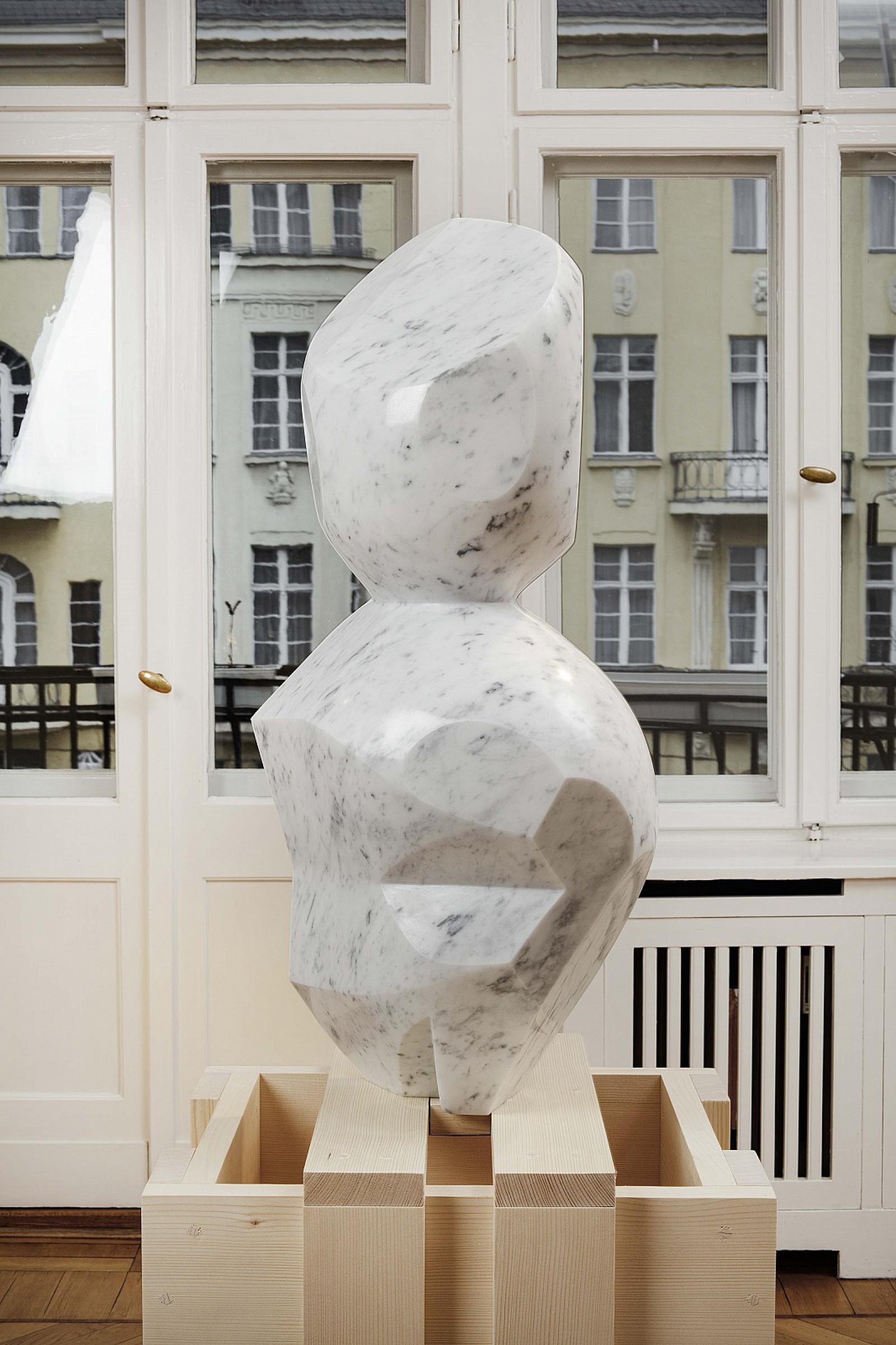 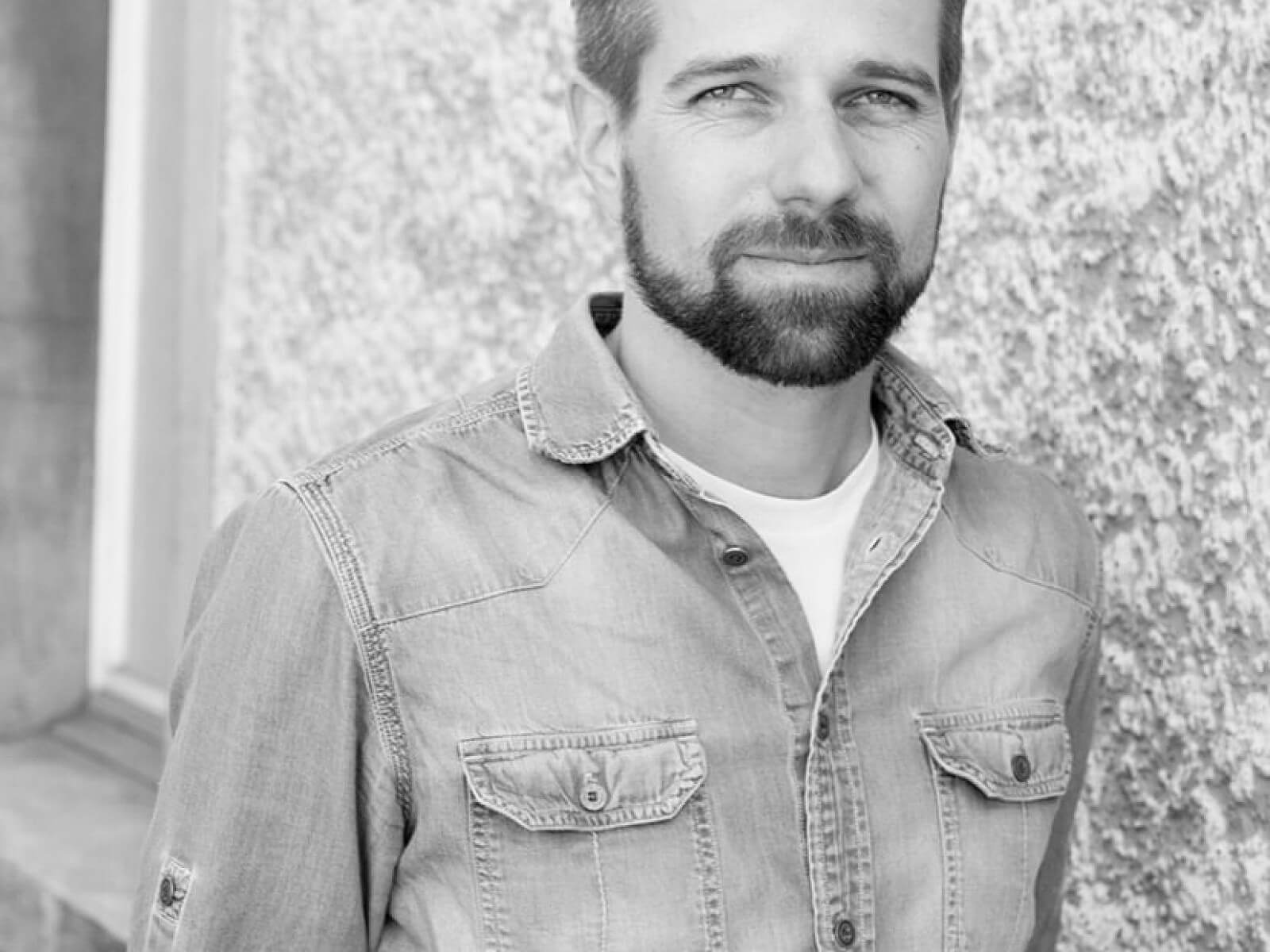 Flurin Bisig works mainly with sculptures, conceptually derived from a fundamental drawing basis. In these sculptures, Bisig dialogues with classic exemplars of the genre by working with traditional materials such as marble; then, he skillfully molds his working matter rendering them abstract. In addition to his sculptural practice, Bisig also composes drawings and collages, not only a complement to his sculptures, but a part of the same artistic process, establishing a kind of connection, open for the viewer to interpret.

After his education at the Hochschule für Kunst in Luzern and the Universität der Künste in Berlin, Bisig lived in Brussels. He has been awarded different scholarships and prizes, while also participating in international artistic residences. Bisig’s work has been shown internationally, in Switzerland, Germany, Italy, the Netherlands, the USA, and Brazil. Flurin Bisig was born in 1982, and he currently lives and works in Glarus, Switzerland.