What does a history of looking look like? Our transcendental aspirations have always sought refuge in a promise, one forever delivered throughout time in a different bottle with the same wine, one hoping to hold our collective gaze in unison. Oh the quest for our minds. Art in its aboriginal function has always been a vehicle for spirituality. From cave paintings to Renaissance frescoes, grandiose promises of Socialist Realism morphed into the fleeting chase of Capitalism’s dream; the institutionalization of religion, in its various forms, is always delivered through imagery. Like moths to a flame, the moving image of television, cinema and the augmented seeing of smartphones draws us ever closer to a reality we will never quite grasp however our faith is acutely tuned towards pursuing its being.

The artist Joep van Liefland has marooned himself on a desert island of his own design. His world is one of decrepit nostalgia found in the dumpsters of video stores obsolesced like rotten teeth. Blockbuster and Hollywood Video, Betamax and Video 2000, are names that resonate like lost battles of cultural entropy. The artist’s studio is a totemic chamber of spoils, artifacts and life-size dioramas; an immersively slippery research that shows someone who is part hoarder and part archivist, part anthropologist and part crank. His approach is as forensic as it is fetishistic. His product is religious. Liefland has gone down a rabbit hole of specificity and re-emerged with a cosmology of technological evangelism for a time passed but a feeling still deeply felt.

The 80s after all are a high calorie moment for consciousness, a comfortingly seductive bubblegum for the mind. Just seeing the rich spectrum of Hollywood b-movie images adorning the tens of thousands of rental boxes is a lexical Rosetta. Imagining the myriad hands, VCRs, lives, and eyes that felt them, collapses time itself into a clear meta-moment. Precarious stacks of VHS boxes cast in bronze make the piles of actual plastic ones nearby feel like a methodical house of cards, a world-building for lost memories.

Touch the screen. Will it bend inward and finally let you in? The bubbling fuzz of television snow with its shrill scream of white noise mesmerizes like a Siren. It is the purest Nothing, an awkward zen of absence and the moment beyond the edge where no imagery exists. It is here where this cathode ray tube offers a spooky gateway. The eye challenges itself to see. It knows it’s there. Could there be an inherent spiritual value to RGB? Red + Green + Blue = Light. Is it possible that this alchemist of light, this medium for channeling contains a reference to something archetypal, a universal aesthetic experience? A beyond?

One of the fundamental points for defining our generational divides in terms of visual culture is those who understand an image as something created through light and those who know it as a rendering of data. There is also a transitional group who came from the analogue and adapted into the digital, an “Analogital” group. Many of us are still tuned to the spirit found in the wide spectral frequency of analogue light and images created through it simply because it is natural. Digital light works at a fixed frequency, one that is colder and allows for no spiritual interference. You know what I’m talking about.

The spectrum of variation in Liefland’s newest series of RGB paintings aggresses the retina with a vertiginous moray. Looking occurs in a limbo state. Your eye never fully resolves the image and therefore time itself slows. Your body reacts and tingles with a feeling a not-knowingness. The nutritional value is found in this zen state of not knowing what the image is but more what you believe it can be. Your mind scratches to tune the frequency. With a cocktail of three pure colors, black and white are negated, metabolized into a union of opposites. It offers a place where extremes are reconciled to open a pathway into the mind. You can stare forever into this representation of light, this filter for consciousness, always looking to see. 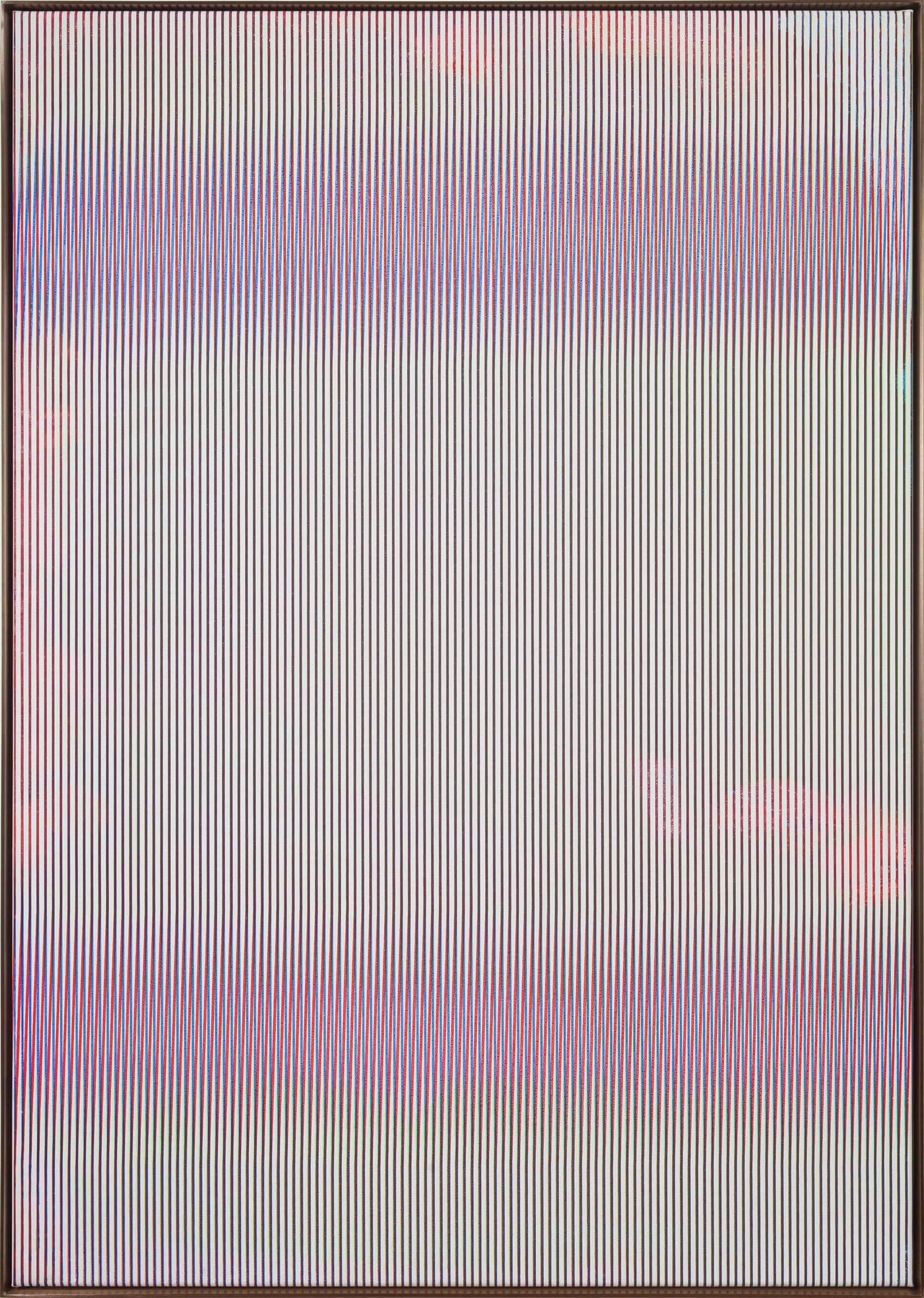