To contemplate the work of Umut Yasat is to contemplate a paradox, or indeed a few. To begin with, though we see several structures in this exhibition – the artist’s very first solo show –, all of them are part of a single, unique work: Der Stapel, or The Stack (always in singular form), each divided by a number. An ongoing and robust project initiated in 2014 and intended by Yasat (b. 1988) to be kept until the end of his life, Der Stapel is formed, as the artist puts it, with what life gives him, whether they are objects filled with feelings or completely trivial leftovers. What he seeks when he piles them together is an exploration to their inner personality through a radical change of their inner meanings, even an access to their inner beauty – a way to access eternity through what is most transitory. Time is not only what we need to properly absorb the several details in Der Stapel. Time is what they are all about.

But appearances can be deceiving. These awkward assemblage of materials, scattered pieces from ordinary life – such as plastic items, pieces of furniture, cardboard, drawings, maps, wheels, sheets of paper from the artist’s analog and digital mailbox, old electronic systems, and much, much more –, although seemingly incongruent, these hectic structures are, in fact, governed by a very solid idea, one that betrays the first impressions that one may have at first glance. In the midst of all the chaos formed by the clashing of materials one finds a well-designed composition, something established by an artist very acute to his own beliefs and aesthetic principles – in Umut Yasat’s work, the anarchic surface betrays a solid principle. Limited by the artist own height and controlled by a series of calculations conceived to lay them mobile – integrating the base to the structure, mediating it to the rest, thus continuing a tradition established by Brâncuși almost a century ago –, the meticulousness of the construction of Der Stapel, with its clear balance, brings to mind the verse by Stefan George: “Höchste Strenge ist zugleich höchste Freiheit”, highest rigor is at the same time highest freedom.

For an artist as Yasat, accustomed with paradoxes, for someone who knows that art, as life, is full of ambiguities and sharp edges, nothing more natural than having a painter – not a sculptor – as a role model. Roman Opałka (1931 – 2011) inspired Yasat with his series 1965/1-∞, in which the Polish-French artist intended to visualize the continuum of time by counting on canvas, writing it down numbers from one to infinity, throughout his life. A project inevitably destined to fail, it nonetheless proved that however imperfect or chaotic, nonsensical and sometimes violent, life is about the process, not properly the final result, and art rings more powerfully when it acknowledges this, when it strives to organize what cannot be organized, as does Yasat’s Der Stapel. Once again, for an artist accustomed with paradoxes, it probably wouldn’t sound false to call these curious structures self- portraits. Of Umut Yasat and of our time. 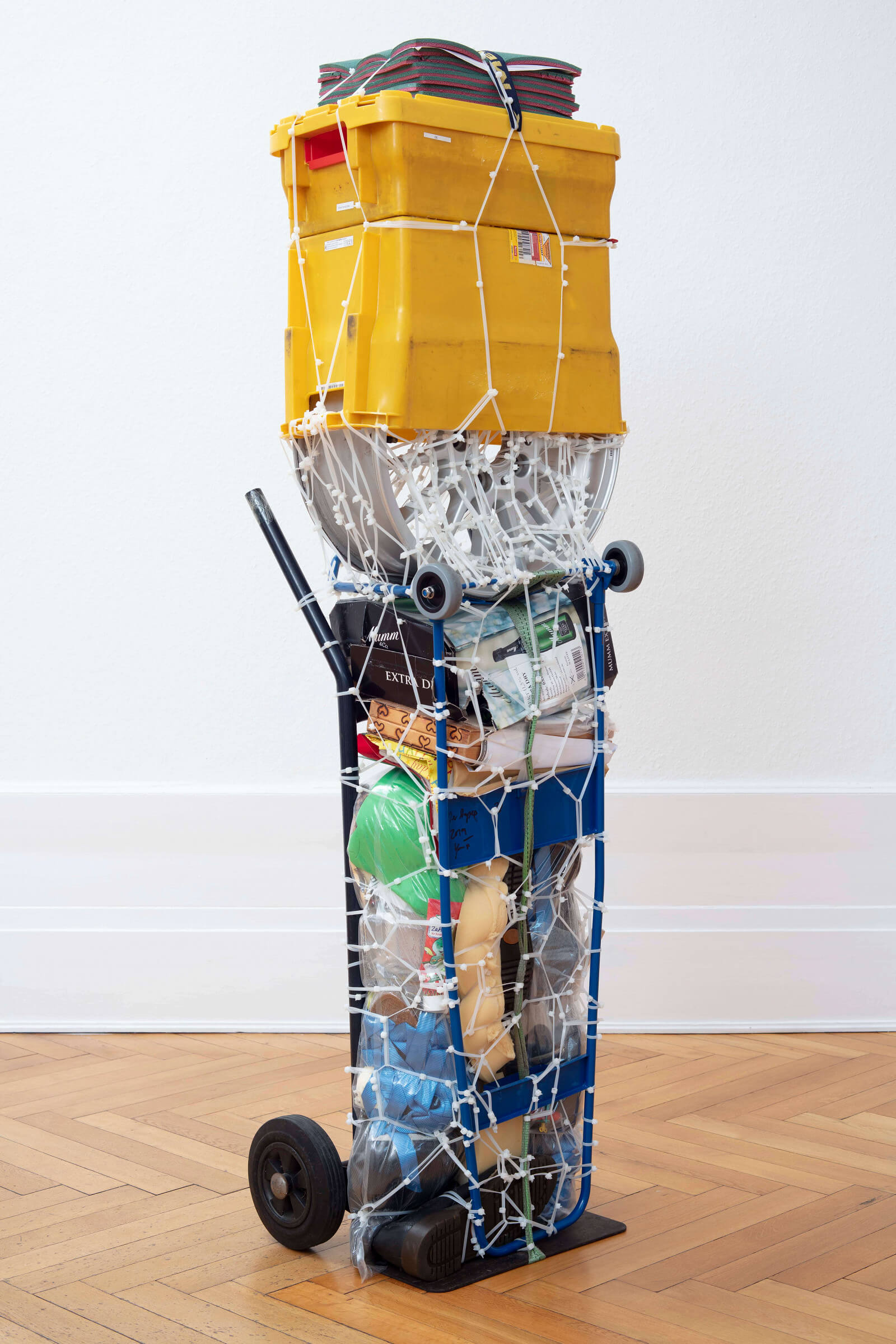 Umut Yasat’s name is linked to his main project, an ongoing work-in-progress known as ‘Der Stapel,’ which he started in 2014. A development of ideas concerning time and progress, mortality and banality, ‘Der Stapel’ first came into being when Yasat was finishing his studies at the Staatliche Akademie der Bildenden Künste in Karlsruhe, his hometown, were he was born in 1988. There, he had classes with Gustav Kluge, Jonas Burgert and Marcel van Eeden.

Formally, ‘Der Stapel’ are configured by the agglomeration of materials that somehow become part of the artist’s life: trivia and meaningful objects are compressed until they reach the artist’s height, configuring a way to visualize time — Yasat’s and our own, given the presence of everyday objects that populate our world. He was born in 1988 and he is currently based in Berlin.