Immersing yourself in the richly-coloured, symbolic visual world of Ursula Reuter Christiansen (*1943) brings you face-to-face with magical, mythological motifs. Within this world, a visual universe is created, full of psychological tension, which transplants reflections about our actual experience of self into unknown legends. For example, in the painting The Person I am (2018), the grey surroundings and portcullis trigger memories of stony castle walls. We see a woman at a semi-circular tombstone, mourning the person that she once seemed to be. Behind her looms a stone tablet full of gloomy words, with the entire work covered by a phalanx of blood-red poppies. The diptych recurs throughout Reuter Christiansen’s work, and here its shape recalls a mirror, but one which reflects a transformed version of the visual space. This divide seems to suggest a psychological process and also gives the canvases a sacred or ritualised character, resulting from the diptych’s primary use throughout the history of art as an altar piece. In Reuter Christiansen’s paintings therefore, one’s own feelings are the starting point for matters of universal importance. These reside primarily in her intense examination of the lives of women – with all the contradictory roles they assume throughout their lives.

In this regard, Reuter Christiansen’s work is profoundly feminist. The women’s movement was a decisive event in the artist’s life and work. In an interview with the Danish National Gallery SMK at the beginning of last year, she explained what the movement meant to her at the time, that it represented the promise of something new and provided the inspiration to continue as an artist and to survive – a strengthening of the will. At that time, Reuter Christiansen was studying with Joseph Beuys in Duesseldorf. Graduating in 1969, she married the Danish composer Henning Christiansen, some eleven years her senior. Together, they moved to the Danish island of Askeby, which remains her home and place of work till today. Despite the couple’s mutual support for each other, Reuter Christiansen also speaks of the constant struggle of the fundamentally altered situation that she found herself in, as the wife of a man from an older generation.

Reuter Christiansen’s visual universe makes tangible for us the coexistence of different, even controversial roles that each woman plays. They allow us to experience the simultaneous incarnation and repression of different female images – the beauty, the witch, the victim. And the recurrent motifs begin to form their own language. The poppy is the most prevalent among these. Despite its delicate appearance, it is the colour of blood and, once picked, its rapid death and the loss of its petals remind us of our own mortality. Ursula Reuter Christiansen paints them almost round, like starving, dangerous beauties, who sometimes become a blood-red river on the canvas. Visual impressions such as these give Reuter Christiansen’s figurative worlds a profoundly psychological and symbolic visual vocabulary and embed them deeply within our visual memory. 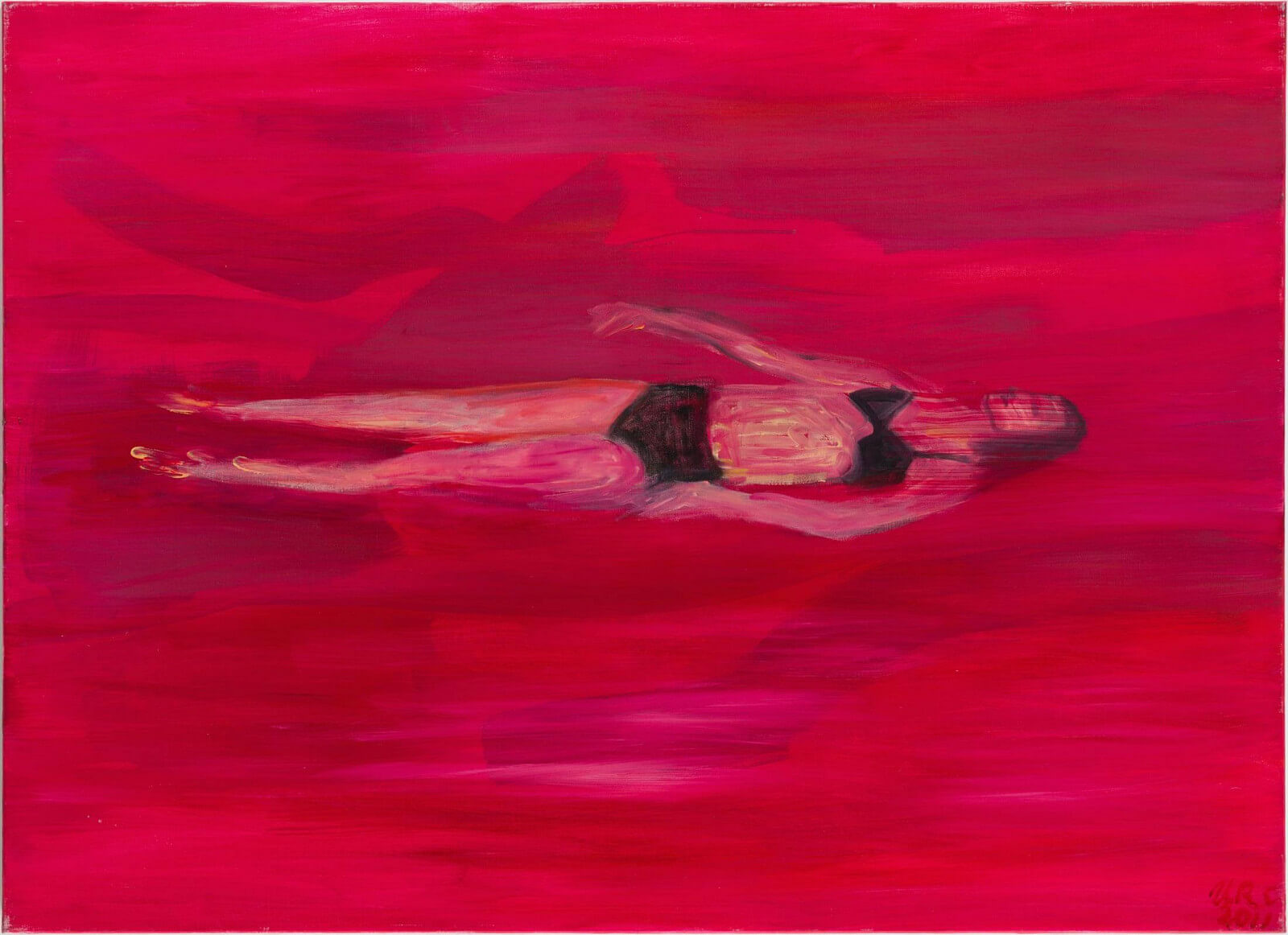 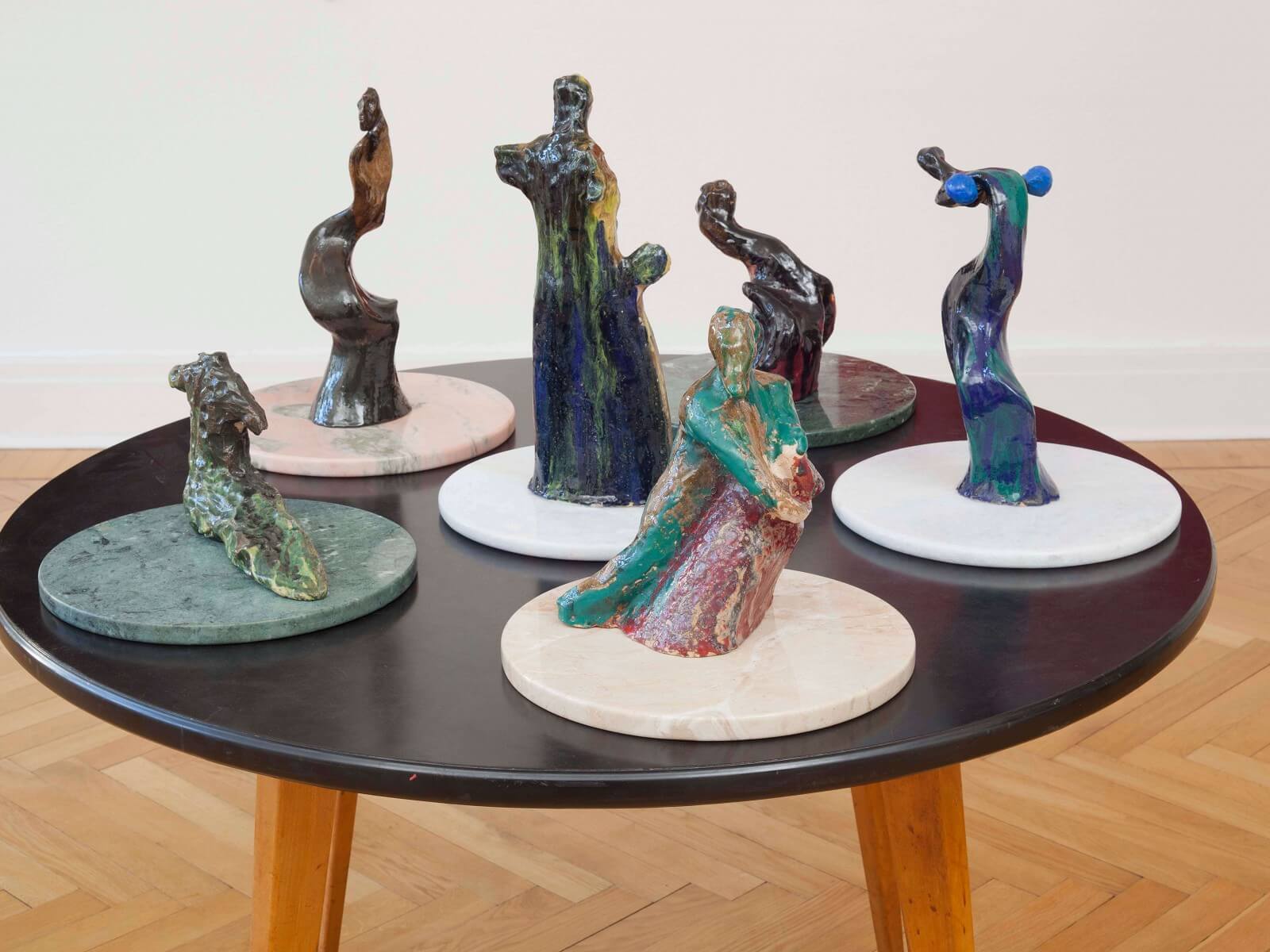 Ursula Reuter Christiansen was born in 1943 and comes from Trier, Germany. She lives and works in Denmark. She studied literature at the Philipp University in Marburg, Germany, and later, in 1969, graduated from the Akademie der Künste in Düsseldorf, where she studied sculpture under Joseph Beuys. She married the Danish composer Henning Christiansen (1932–2008), and in 1969 the couple settled in Askeby on the Danish island of Møn, where Ursula Reuter Christiansen still lives and works today. There she was an active participant in the feminist movement and social critique prevalent in the 1970s, and she also invested her political commitment in her art. Reuter Christiansen was a professor at the art academy in Hamburg (HfBK) from 1992–97 and professor of painting at the Royal Danish Academy of Fine Arts in Copenhagen from 1997 to 2006. She represented Denmark at the 2001 Venice Biennial alongside Henning Christiansen.