Habib Farajabadi’s dialogue with modernism is multiple. Yet, two prominent trends stand out. On the one hand, there is abstraction, or rather a refusal of objective representations. We see figures not wholly formed, gestures stopped short of delivering a clear statement—the canvas is transformed into a recipient where a vehement negotiation between the painter and the white space takes place. Still, no precise figures, themes, narratives, or the like can be noticeable. All that is left is the aftermath of a clash between an idea and its realization. There are only traces, suggestions, and improvisations.

On the other hand, in complete harmony with this heterodox abstraction, there is also primitiveness, or the conscious refusal to partake in the world ruled by rational thought, explicit causal dynamics, and technocratic efficiency. Here, the lack of reference expected of abstraction is turned into a positive thing: symbols and signs are charged with assertions, referencing a world made with elements of unknown origins. Abstraction, in short, gains a different value, a more active one; it is no longer a simple refusal to represent but rather the language of some originary manifestation.

Instead of simply employing these two trends—first manifest in the works of Paul Cézanne and Paul Klee, respectively—Farajabadi approximates them to his personal history, adapting them to suit our historical time and his personal urges. In this sense, using the color blue, the product of charcoals, some of them handmade, is significant: it was only through that tool that he could find the expected result, something more related to mood and form than anything else. Likewise, the outpouring of letters is also understood as form, that is, as a component within the space of the canvas and not as some conceptual reference. As the artist himself explains, it reminds him, for example, “of murals and memorabilia of ordinary people on the doors and walls of public places or abandoned buildings; their visual quality always attracted me, and perhaps the use of a medium such as charcoal is more tangible and closer to it.”

Albeit the perceptible chaos of some of the works, their primitive force, in the end, they are the product of affection and, to some degree, nostalgia. They are the personal and contemporary landscape of an artist connecting his interest in the western artistic tradition as much as his acute perception of what he finds around him in his native Iran. 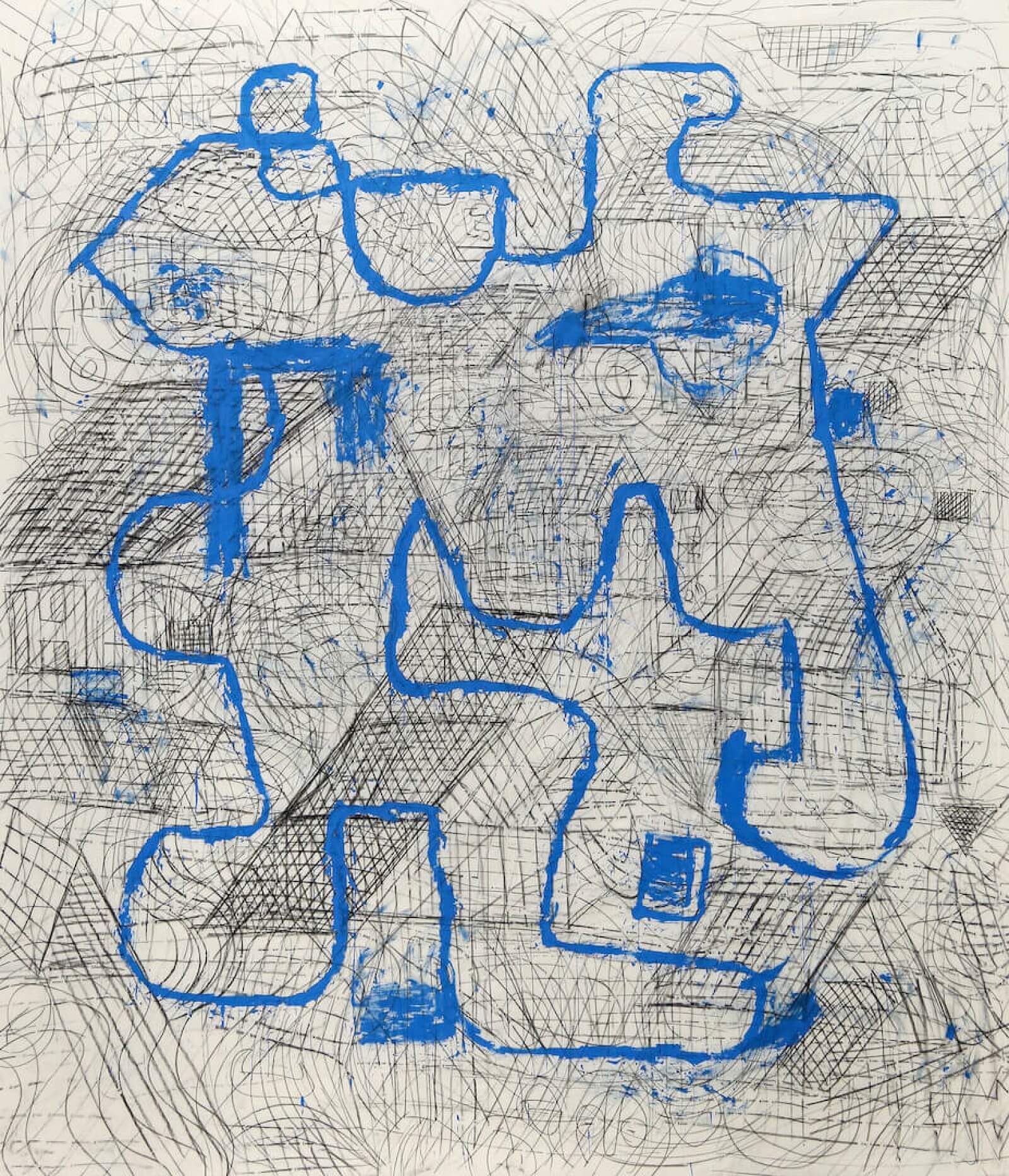