The borders are there, the limits are visible, though they exert no command. They have no authority, no gravitational attribute: the works start somewhere else, outside of the canvases or the drawings, apparently indifferent to the attributes of the white surfaces that, somehow, captures them. The revelation operated by these works—because that’s what they are, revelations, in all its surprise, power, and mystery—is always bigger than any frontier. Luckily, though, something of these events is preserved in the midst of their dynamic motion.

The notion of borders, limits, and motion are not alien to Alexandra Karakashian. Born in Johannesburg, South Africa, and a descendent of immigrants from Armenia, the artist is sensible to the implications entailed by such concepts. Not only her own personal story is inhabited by these political implications, but also her own land (and that of her descendants), where she also pursued both her Bachelor and a Master in Fine Arts, this time in Cape Town. Therefore, it is no surprise that her works (she also does installations) in spite of their essential abstraction, also dialogue, sensibly, with some of the most daring questions of the last century.

However, one must proceed cautiously, for how to represent the gargantuan sadness, the massive and almost infinite weight of pain bequeathed by the monstrosities of the century that gave us dreadful notions such as genocide? This is one of the questions artists are still trying to answer to this day, since at least the Holocaust. The epic implication of this event is so unsurmountable that it cannot be apprehended by the confines of art, or of any human endeavor for that matter. Nonetheless, at least two main strategies emerged.

On the one hand, art tries to emulate the sheer magnitude of epic events. It operates through a mimetic appropriation, almost like a kind of mirror image done with all imaginable purposes: to remind us of what took place, to take us out of our comfort zones, to try and give us a sense, an image, of what it was like to stand in front of the gates of hell.

On the other hand, one finds a strategy that acknowledges the fugitive nature of grief, the difficulty—if not the impossibility—of depicting it, representing it. It refuses to echo its images and sounds. It respectfully opens itself up to the ungraspable and tries very timidly to establish a dialogue, even if it refuses to utter the first word. It speaks through silence, a reverential, redemptive silence. And that’s where the art of Alexandra Karakashian gains its strength, by paradoxically refusing easy, puerile communication, as her canvases and drawings propose a meditation on a ubiquitous and intense relationship on the color black and its contrasts. While the canvases can invite us to a more immersive experience, the smaller drawings implicate a distance generated by a subtle veil that seems to covers them. But as always, reality is not that far: in the formal level, among the materials Karakashian uses, is engine oil, an unorthodox substance able to translate the presence of one of the dynamos of modernity, the era of displacements and exile.

One must not ask what these paintings are about, what they are trying to communicate through their different dynamics. One must ask, instead, what they have decided to keep silent about. Rarely can silence summon so many meanings. 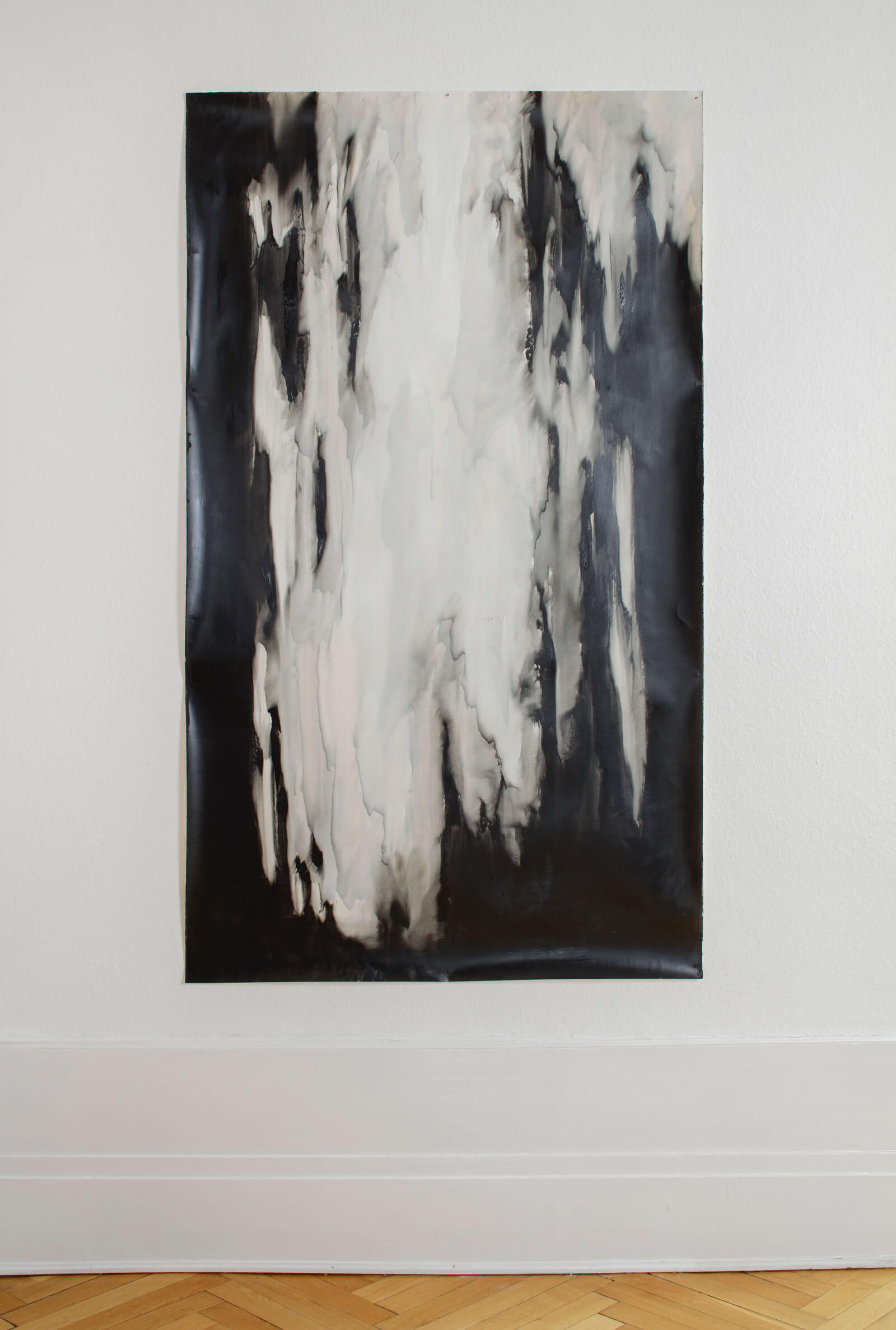 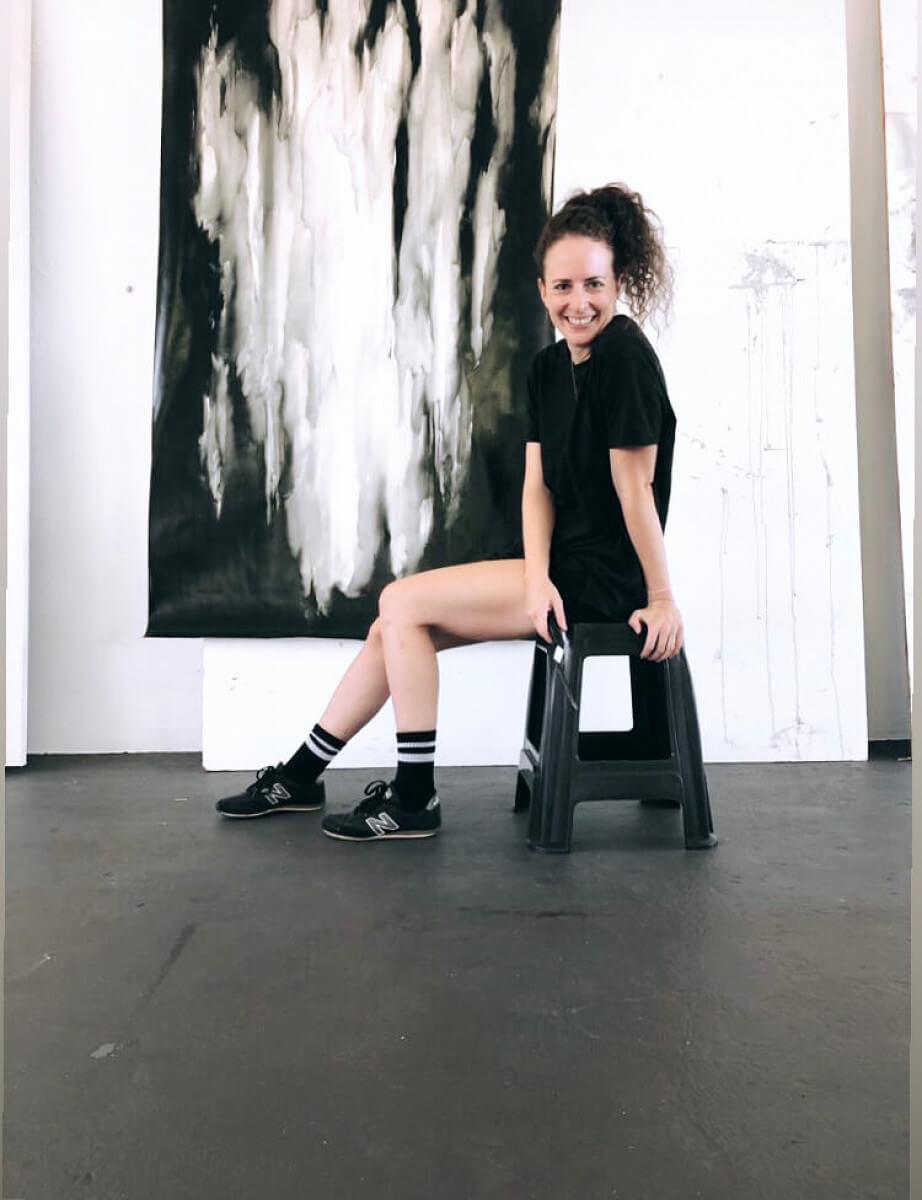 Born in Johannesburg in 1988 and currently based in Cape Town, Alexandra Karakashian is an artist no strange to displacements. Working mainly as a painter on various formats, from canvas to paper, and also having produced installations, her art resists a quick interpretation, constantly dealing with a ubiquitous and intense mediation on the color black. Descendent of immigrants from Armenia, Karakashian is sensible to the implications politics can sustain over a people, an aspect translated by the apparent silence her paintings perform. Upon a closer inspection, though, the small details can resume considerable gestures. In some of her canvases Karakashian uses engine oil; through it, she not only acquires a new texture of black, but also confers the fuel that grants mobility an aesthetic status.

Alexandra Karakashian earned both her BFA and a MFA degree from the Michaelis School of Fine Art at the University of Cape Town. Her work is part of international private and public collections, including the Iziko South African National Gallery. She was also awarded both the Judy Steinberg Painting Prize and the Simon Gerson Distinction Award.