Desire is a strong feeling of wanting to have something or wishing for something to happen. Desire is a sense of longing or hoping for a person, object, or outcome. The same sense is expressed by emotions such as “craving”. When a person desires something or someone, their sense of longing is excited by the enjoyment or the thought of the item or person, and they want to take actions to obtain their goal.

Ursula Reuter Christiansen (born 1947 in Trier, Germany) lives and works in Denmark since her graduation from Akademie der Künste in Düsseldorf in 1969. Reuter Christiansen worked as a professor at the University of Fine Arts in Hamburg (HfBK) 1992-97 and a professor of painting at the Royal Danish Academy of Fine Arts in Copenhagen 1997-2006. She and her husband, the Danish composer Henning Christiansen represented Denmark at the Venice Biennale in 2001. Reuter Christiansen has exhibited at Kunsthal Charlottenborg, Copenhagen (2016), MOCA, Los Angeles (2007-2008), Kunsthal Brandts Klædefabrik, Odense (2000) among others. She was awarded the Eckersberg Medal in 2011.

Kate Groobey (born in 1979 in Leeds, UK) lives and works between London and Paris. She graduated from Royal College of Art with a MA in Painting in 2010. Recent exhibitions include “I’m Made of Milk” at Horton Gallery, New York; “The Good Life” at Ever Gold, San Francisco; upcoming solo exhibition will take place at Mizuma Art Gallery, Tokyo in autumn 2018. Recent group exhibitions include Daiwa Japan House, London; “SURRREAL” at König Galerie, Berlin; Art16 at Villa Lena Foundation, London. Groobey just won the Daiwa Foundation Art Prize in 2018.

KOAK (born in 1981) lives and works in San Francisco, USA. She received a MFA in Comics from California College of the Arts, San Francisco in 2016. KOAK’s artwork pulls from the lineage of hand-drawn cartoons, comics and historical nude portraiture. Her recent exhibitions include “Bathers” at Alter Space, San Francisco, “Seeds for Painting” at Walden, Buenos Aires, and “Condo” at Union Pacific, London. KOAK received the Liquitex Residency at Minnesota Street Projects in 2018.

Marlene Steyn (born 1989 in Stellenbosch, South Africa) lives and works in Cape Town. Steyn received a MFA in painting from the Royal College of Art in London in 2014. Inspired by psychoanalytic theory, Steyn incorporates images from art history and popular culture to conjure uncanny motifs by means of repetition. Recent solo exhibitions include: “Your Skin Is Not The Best Hiding Place” at SMAC Gallery, Cape Town; “You Can’t Cry When Your Head is Underwater” at Lychee One, London; “The End is Located Underneath Her Third Armpit (if the muscle is flexed)” at Commune.1, Cape Town, “Mad Love at Lychee One”, London and “How Cannibals Cuddle” at Art Cabin, London. Steyn’s work featured at the inaugural exhibition of the Zeitz Musem of Contemporary Art Africa in 2017.

Fleur Yearsley (born 1990 in Manchester, UK) lives and works in London. She received a MFA in Painting from Slade School of Fine Art, London in 2017. Yearsley was awarded The Gwen John Scholarship in 2015 and 2017, the Almancantar Studio Award in 2017/2018 and the Jealous Prize in 2018. 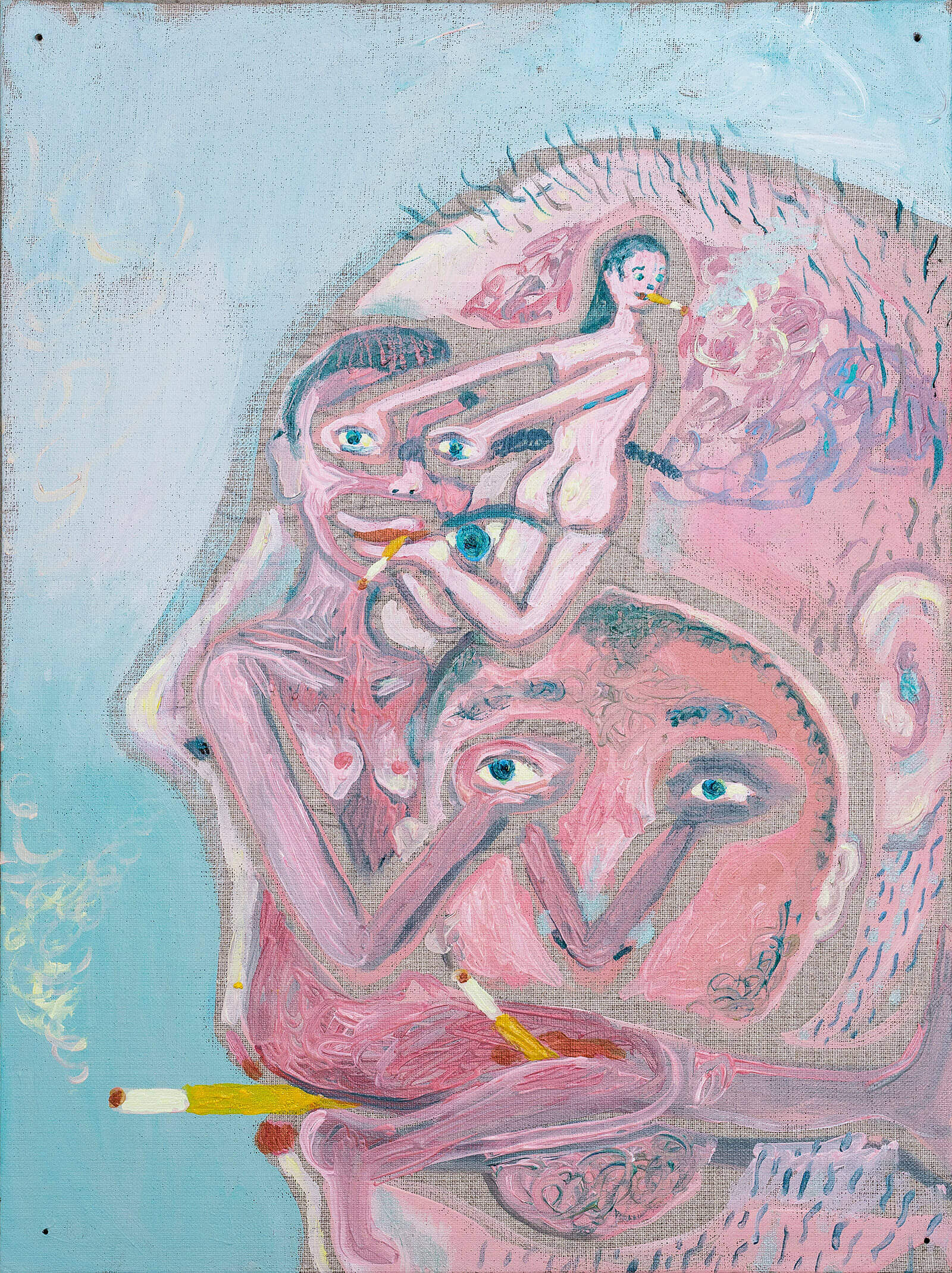