“It is more interesting to find an apple on the moon than a moonstone.” The subtle absurdity of this setting, articulated by the German composer Karlheinz Stockhausen, may be dismissed as sheer silliness. Unsuspected, though, of trying to pass as a comedian—nonetheless his lifelong theatrical vein—what Stockhausen probably had in mind was the desire to introduce, to clash, the familiar into uncharted territory, thus creating something unexpected, updating a posture most associated with the Surrealists. Pursuing his means and pressed by our particular historical age, it wouldn’t be too long a stretch to claim that Denis Savary (born in 1981), presenting his first solo show with GNYP Gallery, operates within that same tradition. However, the apple and the moon are not as easily recognizable as before. But the outcomes, for their part, can still be as intriguing.

To begin with, the scenario, be it familiar or extraordinary, is not clear anymore. It doesn’t provide a backdrop with a clear sense from which we can interpret the work. Produced with various materials, from fabric to metal, gold leaf to bio resign, Savary’s work references several places from almost all continents, hence evening them out. Whereas the hint provided by the four “Hanoï” pieces may be more pronounced, for instance, and not only by the name they bear but also by their organic angles sprawling like incontinent flames, other works tend to guard a more ambivalent relationship to geography. That is the case of “Öyvind,” named after Öyvind Fahlström, a multimedia artist born in São Paulo to Scandinavian parents. Therefore, this uncanny figure conjugates the clashing of different places, influences, and traditions with different times—here, by wearing a tacky coat and old glacier goggles. A mummy out of place, from of the depths of time. Other works follow a similar logic but push it further, opening up what we can make of these pieces.

Contrary to his contemporary Frans Post, an avid traveler, Rembrandt likely never painted an anteater. Nonetheless, naming one after the great Dutch master, as Savary does, shuffles our awareness of geography, authorship, and history, conducting our understanding of these matters, likewise, to uncharted territories. An anteater in an art gallery? The very space where this peculiar animal appears before us is questioned, bringing both institutional critique and some residues of colonialism to the conversation, something that points to other of Savary’s interests, that is, the idea of modernity as a project, along with its sins, shortcomings, and, one hopes, promises.

Whereas a colonialist tinge can be summoned from animals named after artists, thus inviting one to a conversation about the center and the periphery, the established and the exotic, nature and artificiality, the worn-out Concorde by its turn suggests the failure of other aspects of the modern project, namely its technological drive and utopian arrogance. Instead of resorting to the carcasses or the ruins of these modern emblems, Denis Savary presents them through gentle displacements. By changing their names or their colors, he considers not only what went wrong—the Concorde doesn’t fly anymore, and several species of anteaters face the risk of extinction—but provides a multilayered memory, demonstrating above all the awkwardness of some of last centuries enterprises. Not without rendering them also beautiful in their own way. Sometimes, finding a frog or a plane in an art gallery is much more interesting than finding them out in the open. 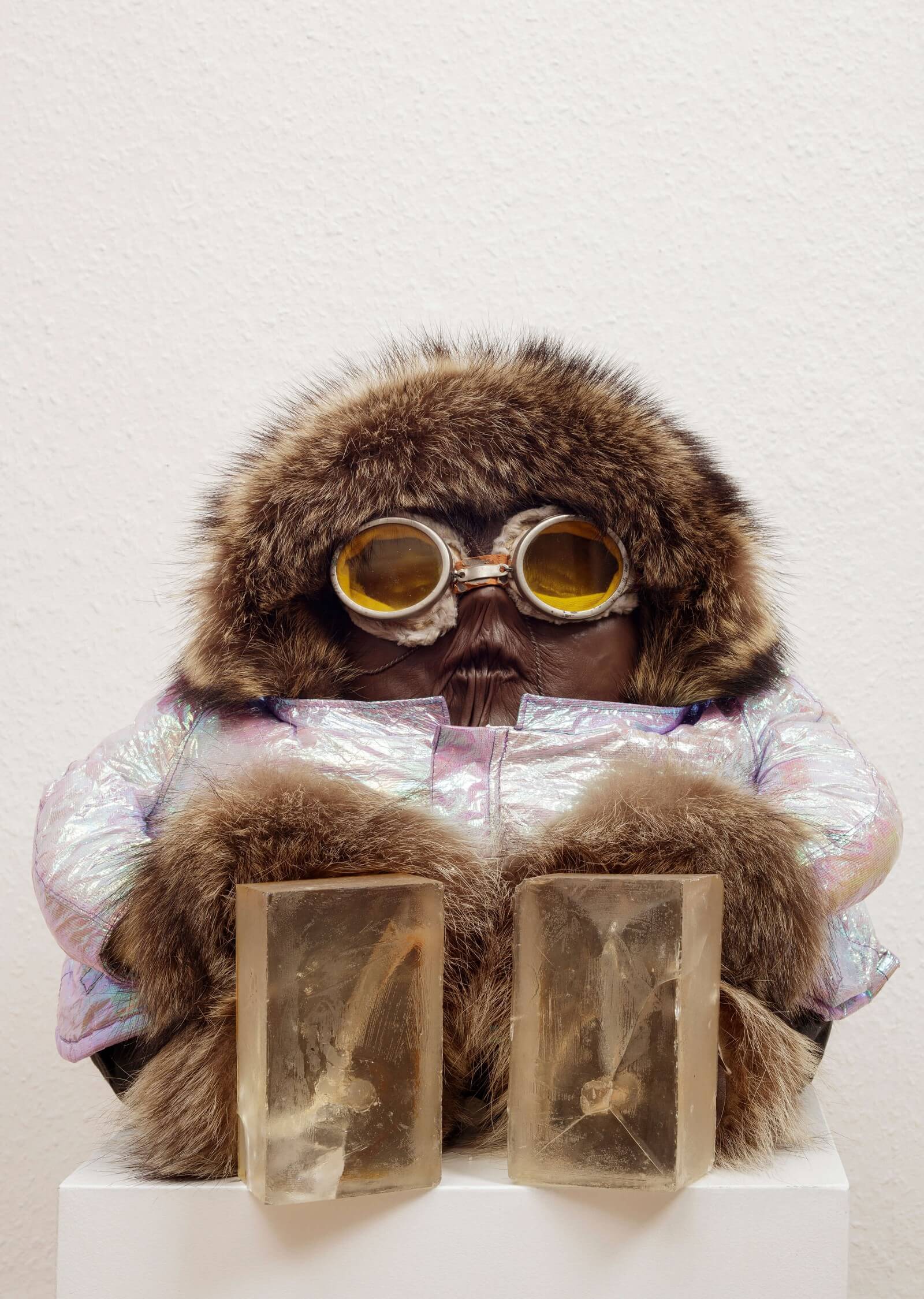 Denis Savary (born. 1981, Granges-Marnand, Switzerland) lives and works in Geneva, Switzerland. His multifaceted practice results in dreamlike objects, images and installations across different forms and media. Often reinterpreting motifs and relics from throughout history and playing with old tales and references, the artist twists them formally and psychologically, aiming for a piecemeal reimagination of culture.

In 2004 Denis Savary acquired the Diplôme d’arts visuels at the ECAL, Lausanne. The artist has been the subject of numerous solo exhibitions in international institutions and recently at the Musée de la Chaux de Fonds, Switzerland, Museo Pietro Canonica, Rome and MAMCO in Geneva.