Kour Pour
in dialogue with Yoshitoshi

GNYP Gallery is delighted to present the second solo exhibition of the Los Angeles based artist Kour Pour in Berlin. The nexus of the artist’s various bodies of work lies in his reference to specific art making practices located between different global geographies and points in time. Existing series have referenced the visual languages of Persian carpets, Japanese prints and American abstract painting. The works in the new exhibition ‘Polypainting’ on display at GNYP Hardenbergstrasse 9 take their formal structures from the tradition of Persian miniature paintings, which are in themselves an amalgamation of influences and styles from multiple cultures.

In the second location at Knesebeckstrasse GNYP Gallery presents a dialogue between Kour Pour and the 19th-century Japanese artist Yoshitoshi. Both artists have used the Ukiyo-e printing technique to make their works. In the series titled ‘One Hundred Aspects of the Moon’ (1885-1892), exhibited in the gallery, Yoshitoshi depicted scenes from the life in the 19th century Japan, inhabited by beautiful geishas, knights and their servants. In this period of (art) history Europe became fascinated by Japan and Ukiyo-e prints that had captured the interest of many artists such as Van Gogh, Degas, Gauguin, and Toulouse-Lautrec. The Western artists started to use the characteristics of Ukiyo-e such as lack of central composition and shadows, cropping of pictorial planes, and clean contours that have been incorporated into Western art for good.

In the footsteps of both, Japanese masters of woodcuts and Western Impressionists and Post-Impressionists, Pour investigates the meaning of the Ukiyo-e technique in the 21st century. The artist has addressed the appropriation processes and the history of the Ukiyo-e technique already in his previous exhibition in the GNYP Gallery in 2016. In the current, small exhibition the dialogue with Yoshitoshi’s woodcuts is a more direct conversation that defies the limits of time and space. 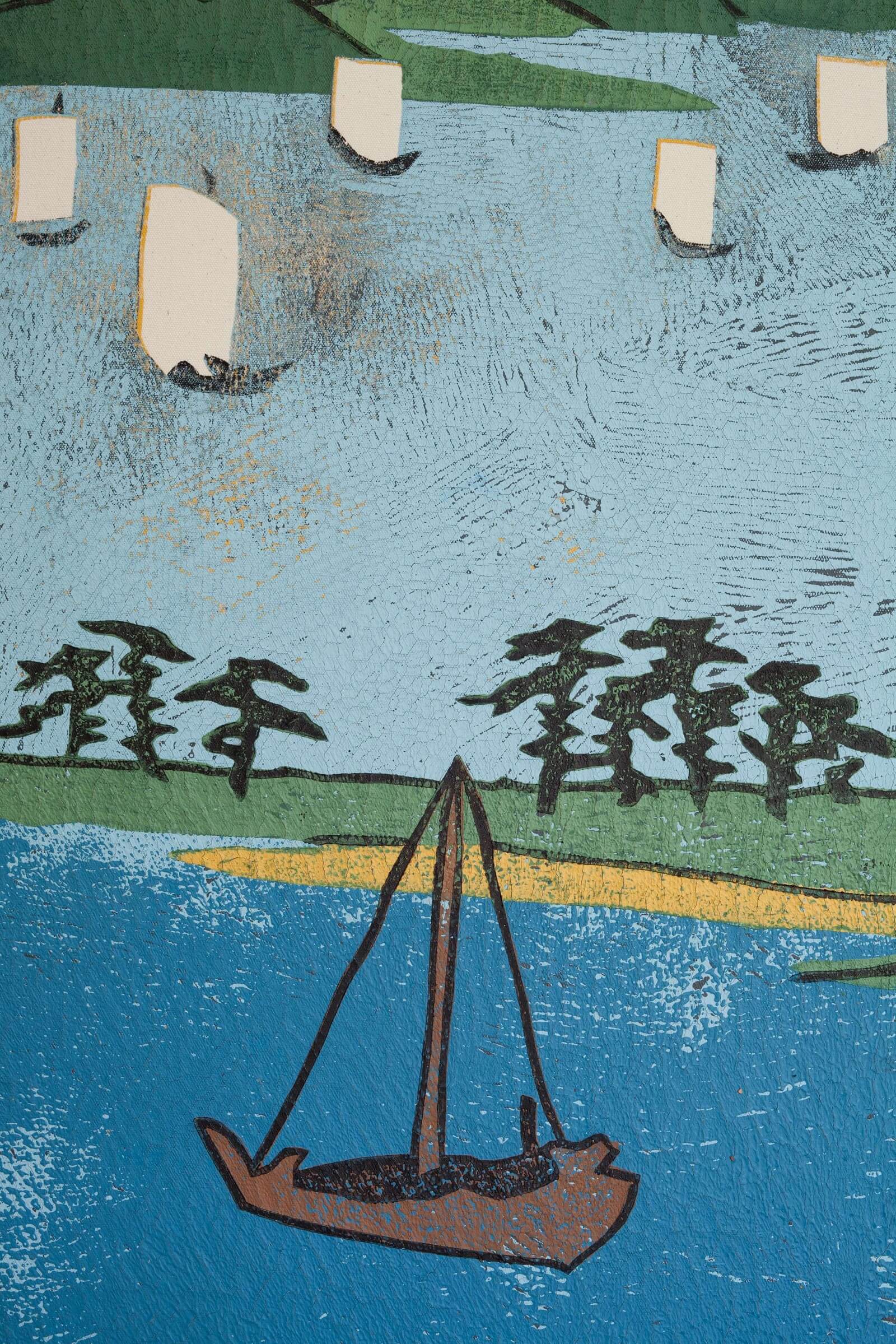