Spider and The Bottle
Act I and II – Guides, Gods and other Mythologies

GNYP Gallery is delighted to present the first exhibition of the American artists Spider and The Bottle in Europe. Working according to strictly defined rules regarding their artistic process, Spider and The Bottle translate signs and rituals into objects that oscillate between paintings, sculptures, and design objects. Each work belongs to a certain series, which is constructed on the basis of a limited number of colors and forms, and their constellations. Inspired by music and literature, these cut-outs or “pocket paintings” explore traditional mythologies and contemporary cultural codes, while at the same time investigating the personal relationships of the artists to the external world.

For the Berlin exhibition Spider and The Bottle made two series: ‘Father/And/SixDaughters’ and ‘7LuckyGods’. Although dealing with different subjects, both series refer to our universal human urge to order and structure: In the first case the main role is played by family, in the latter by religion.

‘Father/And/SixDaughters’ addresses a traditional family structured around classical role models. The father represents Knowledge, the late mother Guidance, while the DNA of the daughters originates from their parents, which can be seen in the colors of the works. Each daughter refers to a specific Greek goddess that describes her attitude in life, also in relation to the lost mother. Caroline, who is nine years old and the youngest of the six, is connected to Artemis. Her writings are central in the painting. Sara (Hera) is thirteen and is the trouble-maker. Her disposition is reflected by three strikes, which represent her emotional prison of anger and spite. Julia (Demeter), seventeen years old, is still mourning the loss of her mother, which erased her dreams as well. The twenty-seven-year-old Rebecca (Aphrodite) feels so out of place that she is the only one to carry a color not from her mother or father’s DNA code. Susan (Hestia) is twenty-two years old and the proud mother of two children. Since she is a mother and guide herself, her DNA code expressed in colors is derived solely from her mother. The last one is Frances (Athena) who is thirty-six years old and the most mature of the daughters. She is a photographer, enjoys meditation and Eastern philosophy. Simple-natured and fully herself, she does not have an oil stick like her sisters to set her apart. Nothing represents it better than a circle. All these codifications and mythologies allow Spider and The Bottle to check the ability of visual codes to map human nature.

This is a comparable artistic model that they applied to the other series ‘7LuckyGods’. Asking the question: what makes us lucky, this series is based upon the gods originating from Japanese mythology in combination with Maslow’s hierarchy of needs. First, entering through the opening in the frame, the artists take the viewer through five formal steps towards self-actualization that is represented by a primitive ceramic figure in a god-like form. All paintings were designed using the “4,3,2,1” design method: four shapes, three colors, two words, and one notion. While the shapes and colors are visible to everybody, the two words and one notion are personal, hidden and known only to the makers, who then invite the viewers to pose the same question to themselves.

Spider and The Bottle is an American artist duo that consists of Gregor (b. 1981) and Nicholas (b. 1990), who live and work in Savannah, Georgia. The two auspiciously met and, within days, began working together on a self-titled exhibition that explained their meeting through an allegorical tale. Spending nine months working together every day to bring this story to life, they found that they had birthed a working collaboration. It turned out to be less of an amalgamation of the talents they had already procured, and more of an exploration and formation of new ones. The two now work exclusively as Spider and The Bottle. 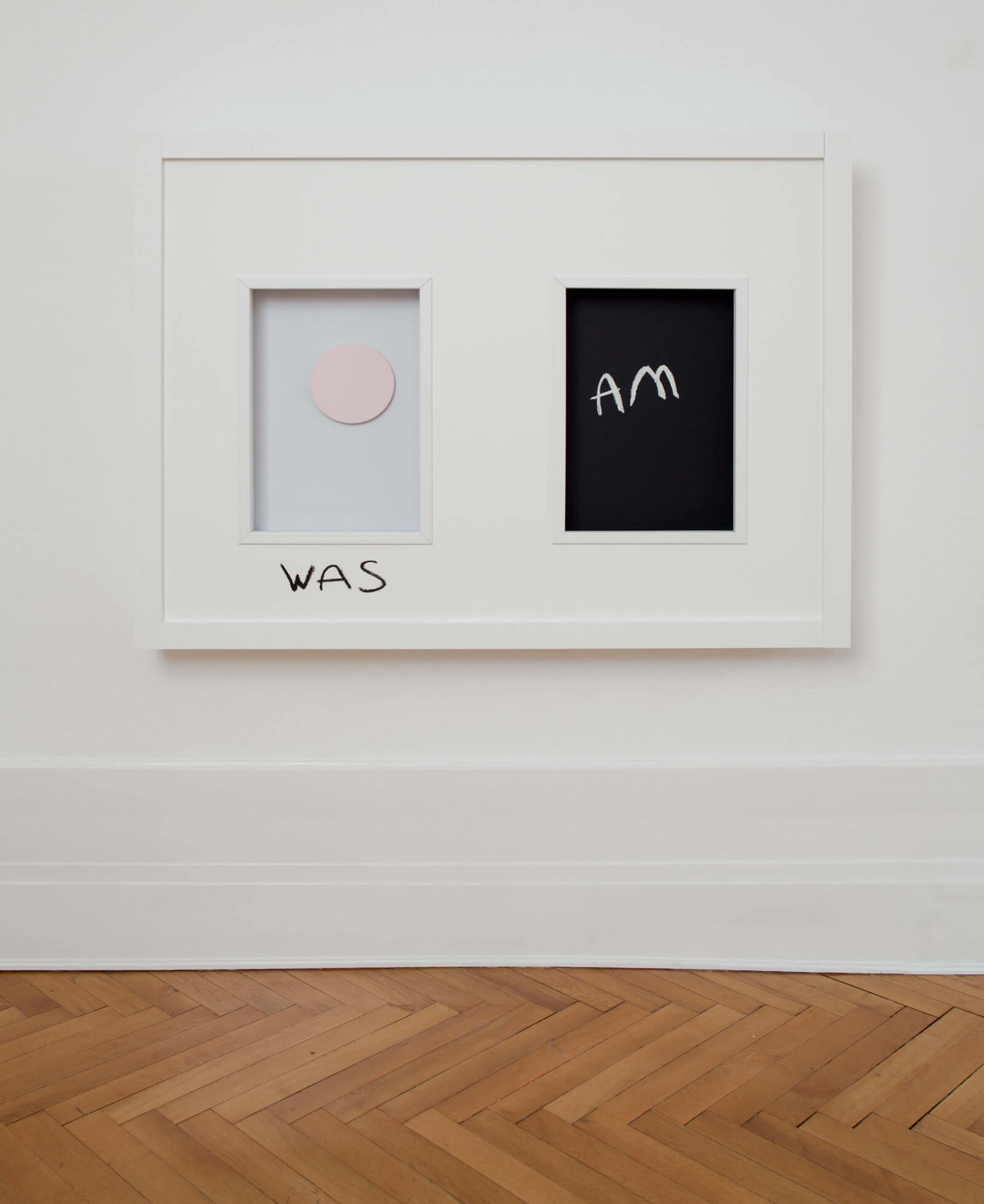