To Otto Ford (b. 1978) it became increasingly clear that nothing new was happening in contemporary painting, in fact that nothing new had happened for a long time. In the canvases of recent years he saw painters merely repeating styles and returning again and again to the aesthetics and techniques of the past. But nevertheless, motivated by his undying fascination with painting and the possibilities of its visual language, he began making studies on the essential nature of pictures in general.

Through this intense period of ‘field research’ there crystalized in Ford’s mind an idea of finding a new pictorial language – one of his own. Against this backdrop, he collects pictures of every kind, specifically details from them: vividly painterly effects of colour, which he likes to call ‘anomalies’. From this eclectic archive of abstractions culled from source images, Ford ultimately assembles a selection to form a ‘brushstroke’ – a colourful, digital brushstroke – that then serves as the basis for his intensely colour-rich paintings. In his efforts to rethink the language of painting, he draws not just from the canon of painting, but from the many possibilities opened up by digital technology and thus feeds the long-since commonplace new media into the generative act of painting. For the underlying question that drives Ford and, indeed, all artists as they strive to revolutionize their chosen art form is: what else can painting be?

And yet, when looking at Ford’s paintings, it may initially seem perfectly justifiable to ask oneself whether it is apt to call them ‘paintings’ in the first place. After all, one could see them as mere print-offs of computer-generated daubs and splatterings of paint. But does painting really always have to consist of paint applied to canvas? Be it painting with lacquer, a spatula instead of a brush, or applying solid materials, even objects to a support – within the art form itself there are already countless variations that deviate from the norm of paint + canvas. What the various forms of painting have in common, however, is that they transfer an image, be it a mental one or something seen in the real world, to a new (two-dimensional) medium. These are exactly the same lines of inquiry that Ford pursues in his art. In his digital approach, he applies the same defining gesture of the brushstroke that shapes our understanding of painting in general, only this time the materials are different, are new. At the end of the day, the result is a real, physical object that is the same as a classical painting. In this way Ford toys with and subverts our habitual modes of seeing and understanding painting. In an almost perfect illusion, he creates something that has the same visual impact as paint, but is not paint. Ultimately, in tackling the question of how to revive painting, Ford adopts an approach that is as conceptual as much as it is aesthetic – and is completely new.

In addition, by working with the computer, Ford is able to meld visual material of the most disparate kinds into one and the same image. Be they photographs, amateur snapshots, other paintings and works of art, found objects or self-made objects – in Ford’s paintings the extracted and abstracted bursts of colour combine to form composites that encompass several dimensions at once, not just the painterly, for this is where various times, spaces, and materials collide, overlap, or bleed into each other. So, lurking in the picture one might find a fragment of a NASA image of space nestling beside a golden, faded snippet from Van Gogh’s Night Café. Mostly, however, the original sources of the colours are camouflaged by their abstraction. In this, Ford reflects something of his view of the world, which he sees as abstract in the first place. Just like the assemblage of hundreds of culled fragments in his works, our life on earth can never be comprehended in all its parts. Any attempt to grasp the whole results in it bursting into a firework of innumerable and indefinable specks of light. Each of Ford’s works thus creates its own small cosmos. They are worlds out of pictures, pictures out of our world. 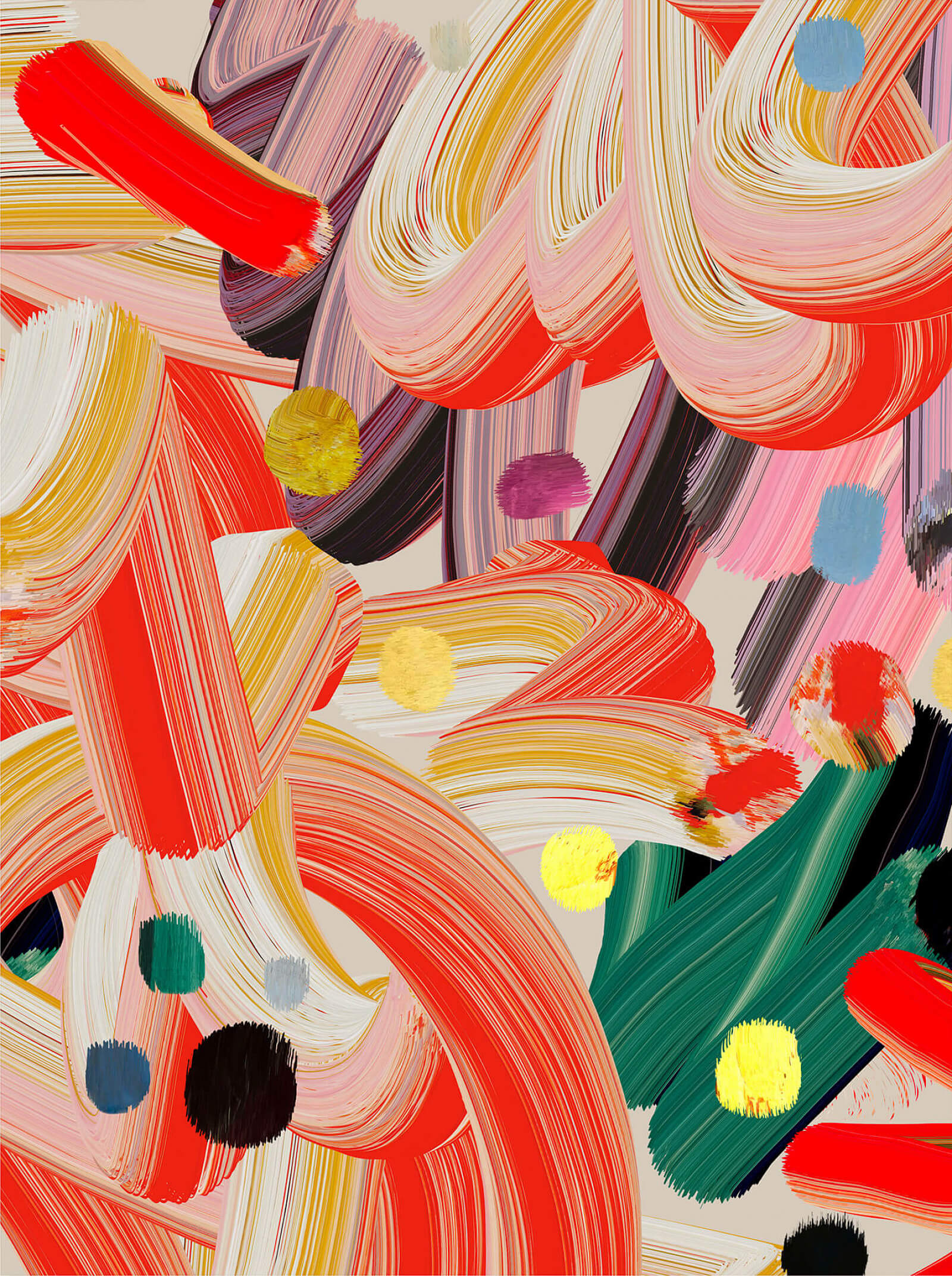 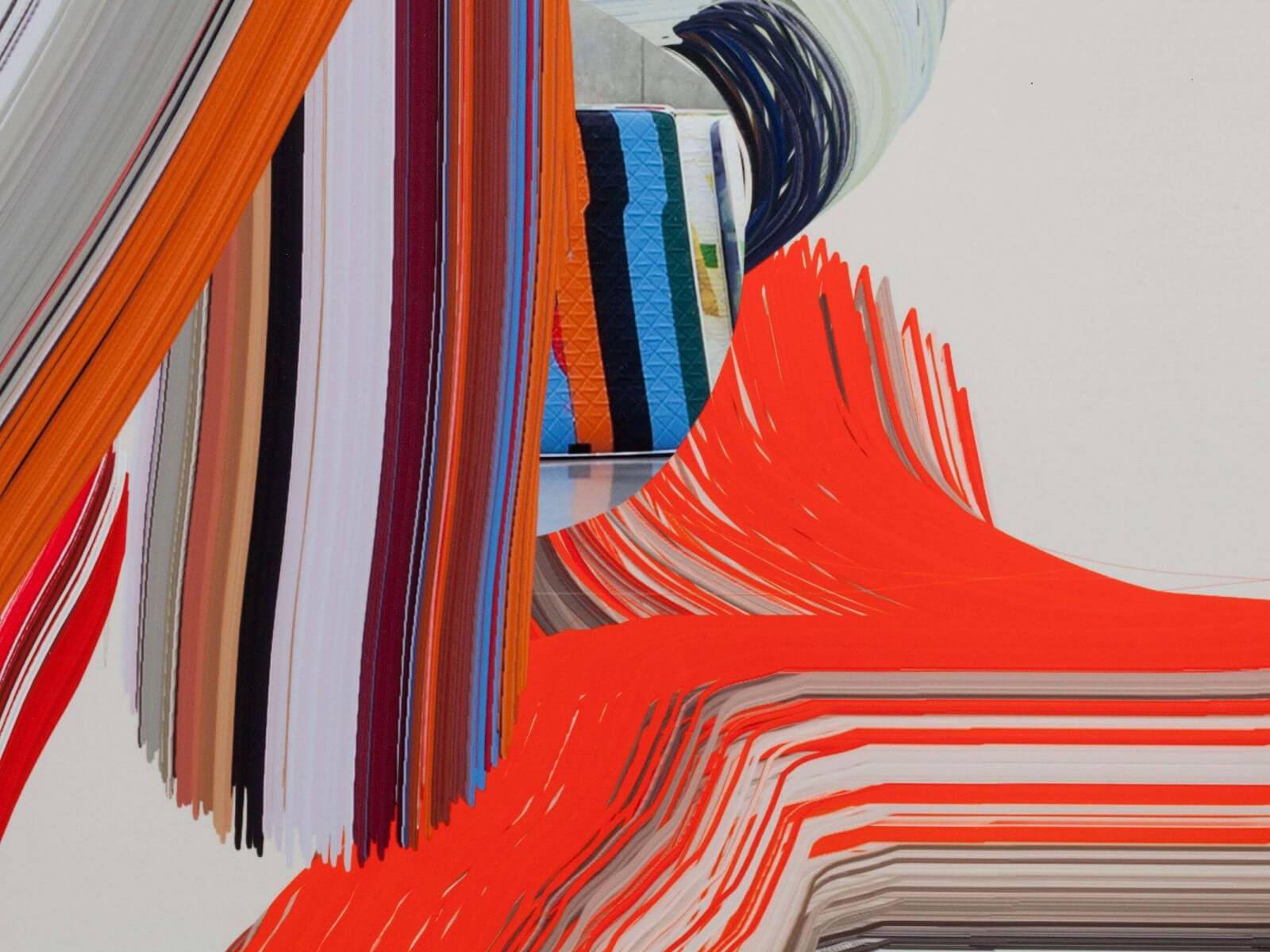 Combining an education in Art History with studies in the field of technology, Otto Ford creates digital paintings in which ‘paint’ is data. Preoccupied with the future of the painting medium and process, he creates his digital canvases with a broad range of data sources that catch his attention: from digital reproductions of art history subjects to NASA pictures of the space, he bundles the data into a brushstroke with the help of a computer, coming to a visual result that resembles — at first glance — a traditional painting. When the work is completed, it is printed with acrylic pigment-based ink on Hahnemühle paper, mounted on aluminum, and framed; the entire process can takes weeks.

Otto Ford was born in 1978. He earned his BA from Goldsmiths and completed his M.A. at the Royal College of Arts in London in 2017. Otto Ford received the HIX Award in 2017. He lives and works in Brighton.