Aistė Stancikaitė
We were always alone

“We Were Always Alone” leaves a thoughtful, melancholic trace. The title of the exhibition is an attempt to get to the heart of being human and the never-ending incompleteness that underlines human existence. As much as we, as individuals, may harbor the inner desire to comprehend the human being in its wholeness, this will never be completely possible. In our own existence and in our interaction with others, there remains an emptiness that we must acknowledge as such, as well as a sense of loneliness that is deeply rooted in us as humans.

The Lithuanian artist Aistė Stancikaitė, who originally studied painting, has worked in colored pencil for the longest part of her artistic career. For her new works, which she created over a period of about one year, she picks up a brush again for the first time, bringing details of human figure to canvas in varying shades of red and purple. She shows close-ups of hands, sometimes covered in shiny gloves, sometimes with shadows playing on bare skin, detailed cutouts of faces unknown to us, a laugh, a naked curled up body, or an intimate reach into a slightly opened pair of pants—we never see the person in their full form.

The artist consciously turns away from the countless possibilities and paths in her work - the overload of choice that always accompanies our lives in this day and age, in our everyday culture. In her latest pieces, she grants us an intimate look into a different, private world inhabited by her characters, and focuses on individual parts that can be located between absolute closeness and total disconnection. The immaculately staged figures spring from fiction, as the lighting makes them appear like metallic sculptures polished to a high gloss, completely detached from reality. What we see on the canvas is a construct of a dreamlike, yet uncanny world.

The deep inherent feeling of loneliness as well as the longing for closeness and being seen, are experiences that we have all gone through in some form and will go through in the future. Aistė Stancikaitė’s works are a quiet and melancholic response to this. They explore the states and moods of vulnerability, desire and yearning for connection, which are as much a part of the construct of the human condition as the heartbeat. The works stage a seemingly perfect dream structure that ultimately confronts us as unsettling, unrealistic and unrealisable. Humanity will never succeed in achieving such perfection as Aistė Stancikaitė expresses in her paintings. 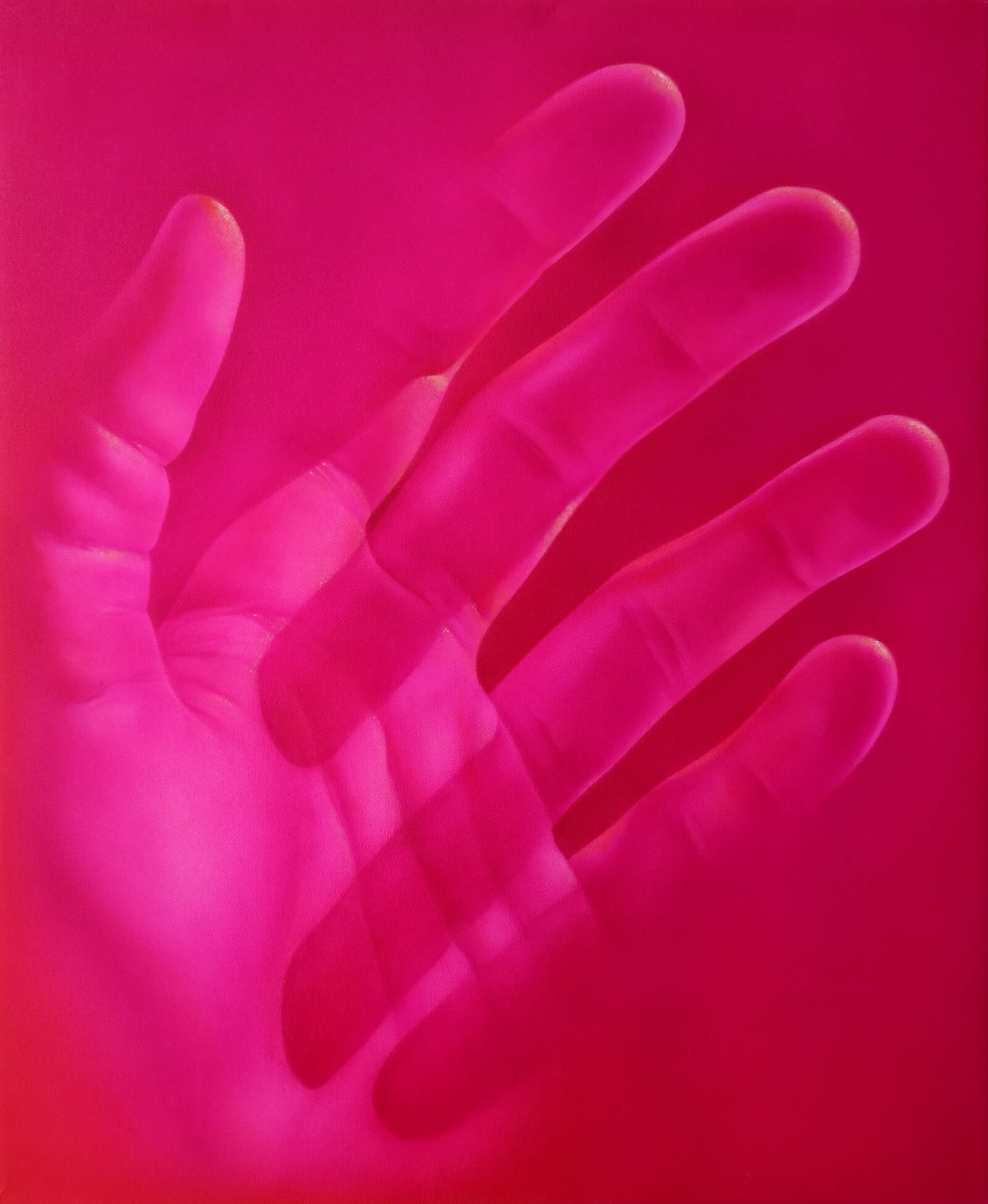